What’s in a Name: Mill House 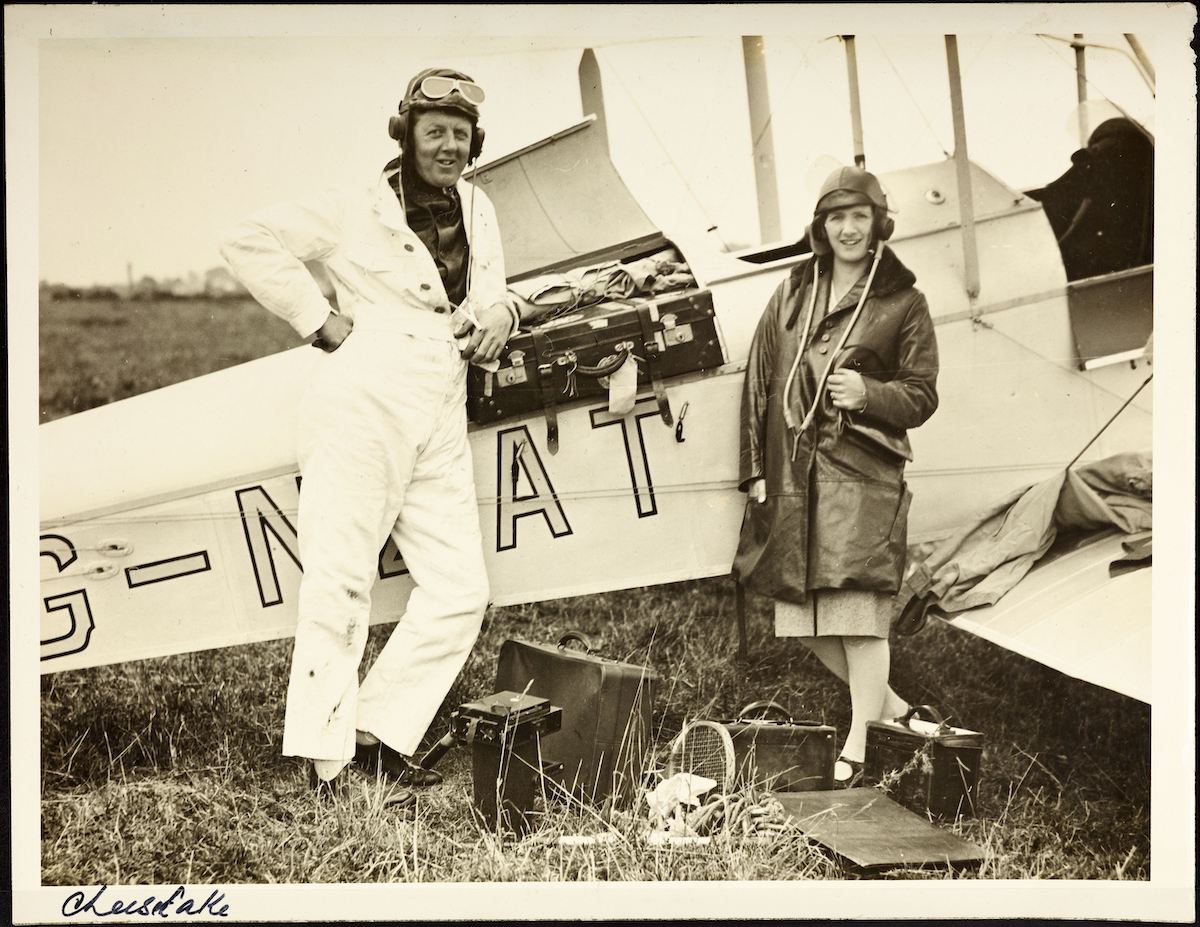 The grand colonial Georgian building known as Mill House is now home to Bear Park Early Childcare Centre. But it was once called Windover, and was built by Frank Douglas (Doug) Mill for his wife Audrey and their two sons, Sandy and Simon.

Doug was the indulged only son of a wealthy single mother and he used his plentiful funds to extract the most from life. He attended the New Zealand Flying School at Kohimarama, but when he graduated, the Great War was almost finished. Unfazed, he trained as a lawyer and dallied with cars and photography; in the early twenties he owned a fabulous Sunbeam and an Austin 12, among others. In the latter he won the 1924 NZ Light Car Cup, a 50-mile race on Muriwai Beach.

By 1927, building of the new military airfield at Hobsonville Point was beginning to happen. Doug married Audrey in May of that year, and the couple went to England on their honeymoon via the US, where young American Charles Lindbergh’s successful solo flight from New York to Paris was being hysterically celebrated. It reignited Doug’s enthusiasm for planes.

While in the UK, he retrained to be able to fly a variety of planes (the Kohi school had only trained him for seaplanes) and gain his commercial pilot’s licence. At this time, Doug met Len Isitt, who was there from NZ to upgrade his own skills. Len would become Commanding Officer of Hobsonville a year later in 1928 and the two would enjoy a lifelong friendship.

Europe in the late twenties was airplane-crazy, thanks to Lindbergh. Doug and Len Isitt flew a De Havilland Moth to Venice to watch the Schneider Cup air race, and by then completely obsessed, Doug decided to buy his own aircraft. It was a De Havilland Gipsy Moth, fitted with an aerial camera, but before it could be shipped, Doug talked the English firm into letting him become the agent for them in NZ. They not only agreed, but upgraded the plane for the NZ market, priced at just over £1,000 (around $70,000 today).

The G-NZAT Moth arrived in Auckland on the RMS Mataroa on 24 February 1928, the first private commercial aircraft to arrive in NZ. On Sunday March 11, the little plane ascended from a Mt Wellington paddock up, up and over Auckland, taking aerial photos for the ‘NZ Herald’ as it went. They were not the first photos of the city from the air – they’d been taken by Leo White, later of Whites Aviation, in 1921. G-NZAT was, however, the first plane ever to land at Hobsonville.

Doug bought land next to the aerodrome and set up a hangar and workshop for his new business. By May 1929, his Aerial Survey and Transport Company Limited was using the Moth to conduct NZ’s first aerial photographic survey. Doug would fly the plane and Audrey would take photographs using a super-modern Williamson Eagle camera (later the camera of choice during WWII).

But his business must have suffered a little, since the massive boom in NZ aero clubs in the 1930s meant that Doug briefly became De Havilland’s most successful global salesman. Many sales meant plenty of repair work, but in true Kiwi fashion, he created many of the replacement parts in his own workshop with the help of cabinetmaker Andy Sutton. The de Havilland parts took weeks to arrive from the UK by sea, but unlike his customers, the English company was unimpressed by Doug’s number-8 wire attitude.

Auckland architect George Tole designed a fabulous new home for the couple, who lived in a small cottage onsite during the build. Once they’d moved in to Windover, the cottage was used to develop film and as guest accommodation, famously housing Francis Chichester before his solo Tasman flight in 1931. It’s now the cute and much-loved Hobsonville community facility known as Chichester Cottage.

Doug and Audrey Mill, Len and Elsie Isitt and their respective children spent a rather wonderful decade at Hobsonville. Simon Mills recalls family memories in Bee Dawson’s book ‘Hobsonville: Portrait of a Seaplane Station’. Windover was the scene of high entertainment when Auckland friends would come for the night, and planes and yachts dominated the activities. The house was beautiful, with antique furniture, a grand piano played by Audrey, Art Deco design and all the mod-cons: a Hi-Fi, electric range and even a General Electric refrigerator.

Sadly, they were there for a good time, but not a long time. As WWII approached, the Mills essentially had no option but to sell their Air Survey and Transport hangar to the Air Force; Doug insisted the house be bought as well. Eventually a price of £6,400 for both was agreed in July 1940. Almost immediately it was used to accommodate officers for training and towards the end of the war became home to the WAAFs (Women's Auxiliary Air Force) and nursing sisters with the NZ Army. The Mills lived temporarily on their yacht ‘Nereides’, then moved to Remuera.

This grand old building has seen many eras come and go, but the patter of little feet at Bear Park within Mill House now would no doubt win the smiles of the family who loved it as a home, nearly a century ago.