Hobsonville Point has a fascinating history. The air base played a critical role in New Zealand's efforts to defend our country and fight alongside our allies during WWII. At the same time our commercial aviation industry was being pioneered from Hobsonville Point. Prior to 1929 the land provided richly for Maori and pakeha alike, offering up seafood, timber, kauri gum and clay for pottery. 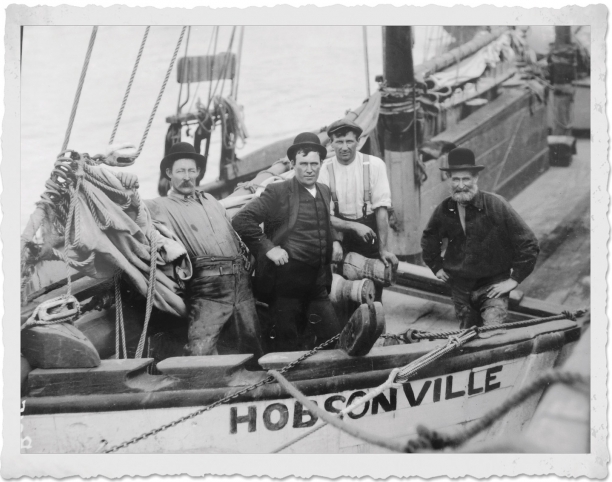 Before European settlement the land was covered in kauri forest. The tidal flats on the southern and eastern coast were teeming with birds and shellfish, a source of delicious kai for local iwi (Ngati Whatua and Te Kawerau a Maki). They knew the Point and surrounds as ‘Onekiritea’ after the clay soil found in the area, which they used for its pigment and as a natural soap.

In 1853, the Crown bought 600 acres on the peninsula from Ngati Whatua and renamed the area ‘Port Hobsonville’ after Captain William Hobson, the first Governor of New Zealand.

The land was mainly used for farming, however in 1863 Rice Owen Clark, frustrated with his claggy, non-draining farmland, developed pottery works at nearby Limeburners Bay to commercially produce clay drainage pipes. Eventually seven companies operated until the clay ran out in the 1930s. Rice Owen Clark's descendants went on to form Crown Lynn Pottery in New Lynn. 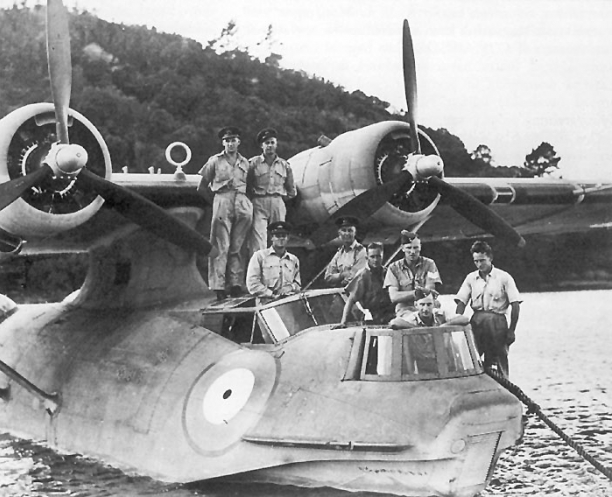 Aviation and Military Use

In 1924 Hobsonville was chosen by the government as a site for both land and sea based aviation. The air force established their home on the Point in 1929. Catalina Bay was constructed with hand and horse-drawn scoops the same year, as a ‘wet apron’ where flying boats could roll up onto the land. The base became dotted with barracks, hangars and houses and intersected by roads and landing strips. Catalina Bay's largest hangar was built in 1939 to house the massive Short Sunderland flying boats, which had a wingspan of 34 metres. Hobsonville was New Zealand's premier flying-boat base until 1967 when the amphibious craft were phased out. 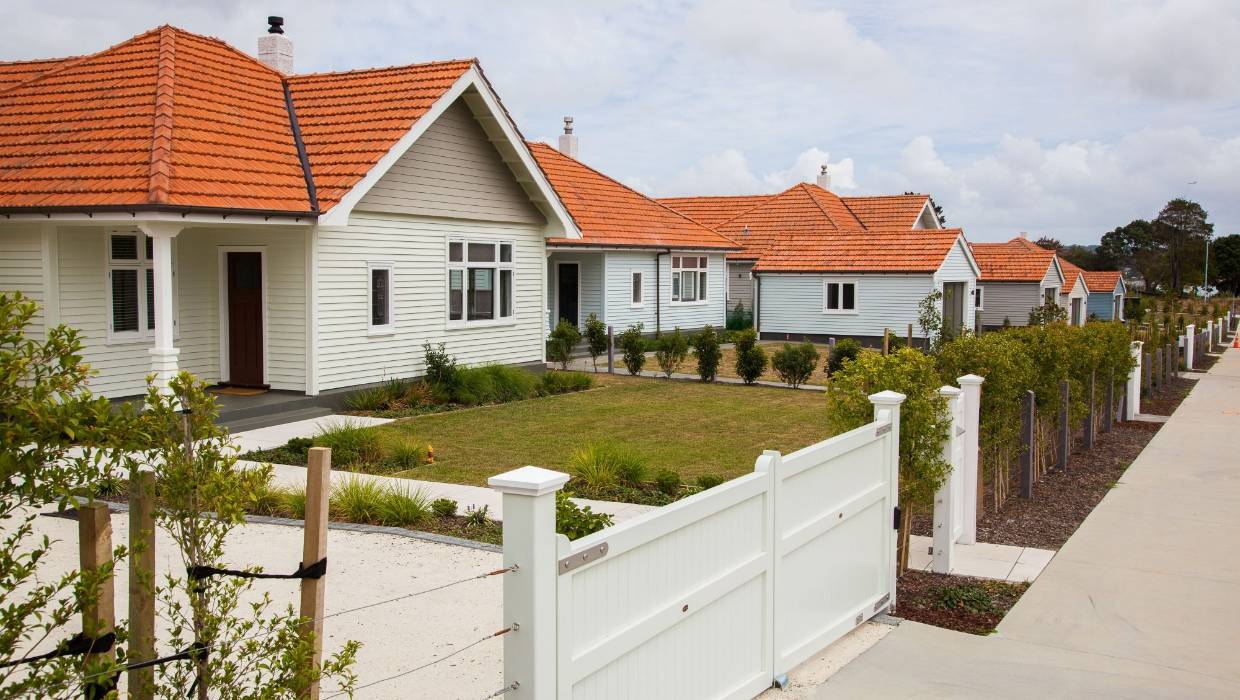 Developer Willis Bond & Co has restored 19 heritage homes on Sunderland and Cochrane Avenues. The 10 bungalows on Sunderland Ave, which were built in the 1930s to house RAF officers and their families, make up the entire heritage street. The additions and improvements to the houses were designed by heritage architects, Salmond Reed, to complement the original English Domestic Revival style of the bungalows. The large home on the corner of Sunderland and Buckley Avenues is the former Base Commander’s house, and was moved to its current site from Launch Road. 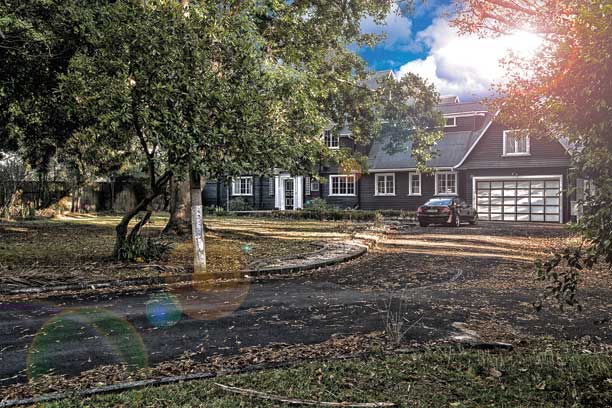 The picturesque Mill House was built in 1930 as a home for Doug Mill, his wife Audrey and their family. The Mills were key figures in the foundation of New Zealand's aviation industry. The dashing couple with a passion for flying operated their air transport and survey business from a hangar at Hobsonville Point between 1927 and 1937. Mill House has been painstakingly strengthened and renovated and is now a Bear Park childcare centre. 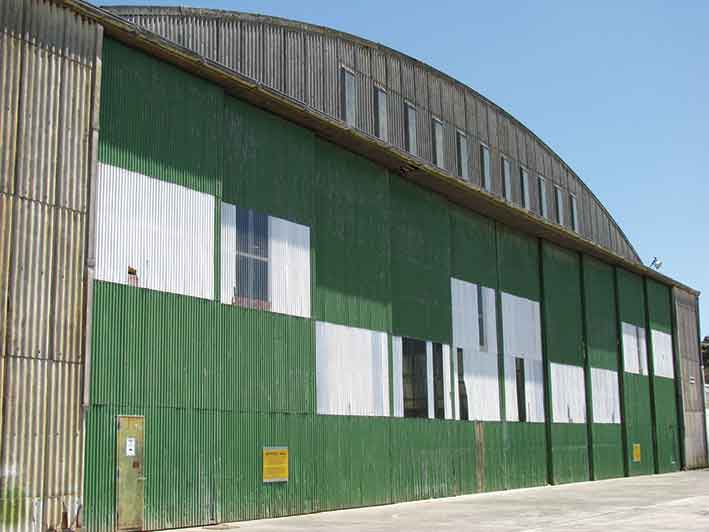 Built in 1939 to house the gargantuan Short Sunderland aircraft, the Sunderland Hangar is 27m high at the top of its curving roof. The hangar has been completely refurbished and is now the New Zealand home of Little Creatures microbrewery, Salty’s Fish & Chips and Kittyhawk, an all-day Italian eatery. Once the development of Catalina Bay is complete, the Sunderland Hangar’s gigantic doors will open onto a public plaza where you can sit and enjoy one of the best harbour views in Auckland. 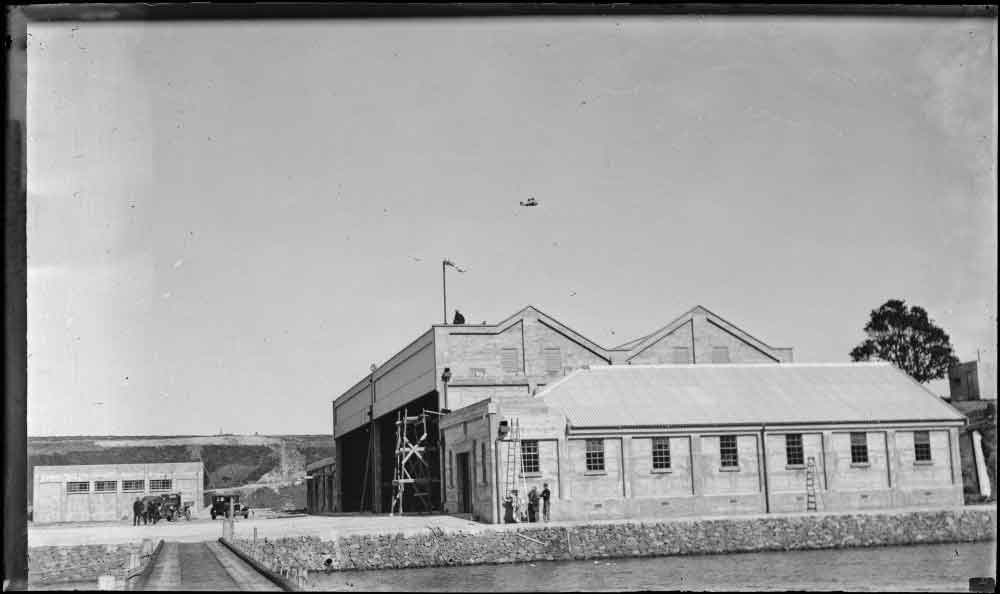 The Fabric Bay was initially called the Marine Section. Personnel were trained in the building and at times ate and slept there too. The Marine Section staff made and serviced moorings, serviced the seaplanes and towed targets for aircraft and army training. The Fabric Bay has been given a new life as Fabric Café + Bistro, bringing a sophisticated vibe to the waterfront with a menu built around seasonal, locally grown produce. A new deck over the water makes the most of the harbour views. 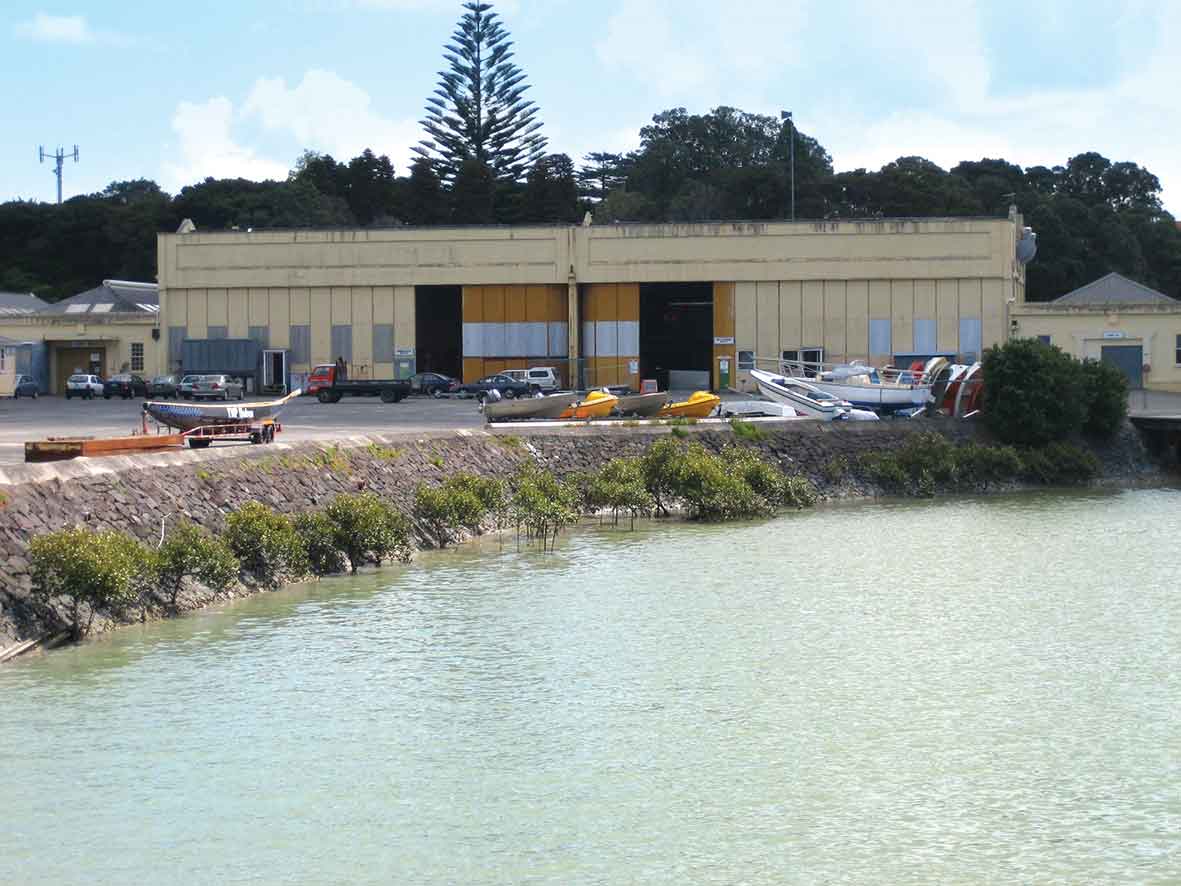 The Seaplane Hangar had numerous military uses but is most remembered as the home and workshop for the Fairey IIIF, Walrus and Cutty Sark seaplanes.

The Seaplane Hangar has been transformed into an industrial chic office space. Willis Bond and Co locked the giant hanger doors open and stripped back a large portion of the cladding to reveal the intricate steel structure. The steelwork was renovated and glazed with glass commissioned in the United States to take advantage of the harbour views and a mezzanine was inserted to make use of the hangar’s height and increase the floor space. 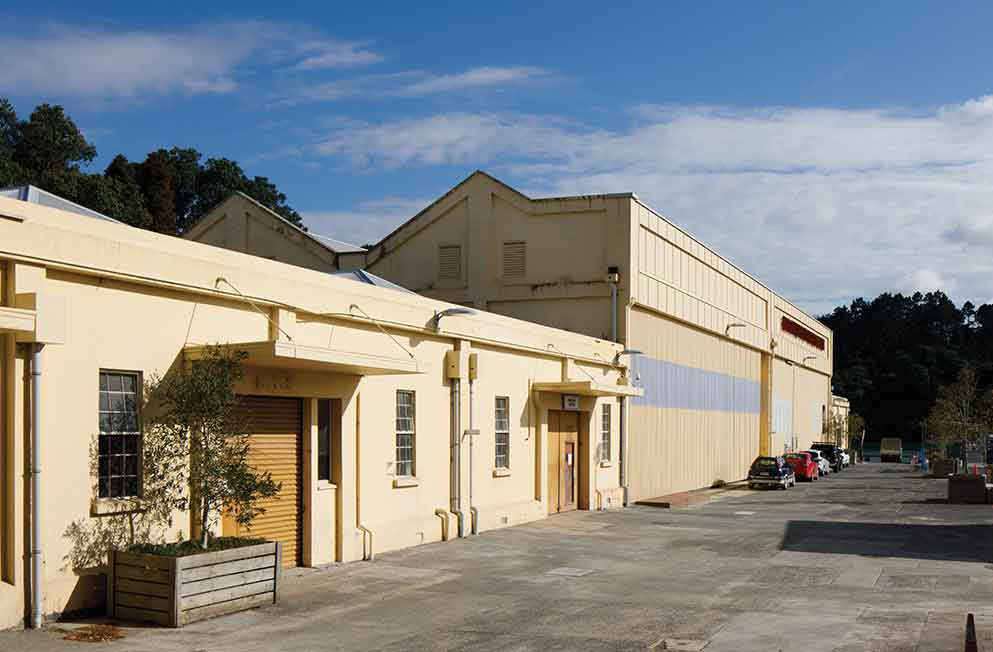 The Armoury was used to store weapons when not in use on aircraft, then later became a machine shop and the Armament Engineering Section.

The armoury was renovated specifically for the Catalina Bay Farmers Market and is split into two large rooms. Standing facing the doors, you’ll find hot and/or ready-to-eat food on the left and produce and ingredients for your own cooking on the right. Next door to the Farmers Market is Siamese Doll, with food influenced by both Thai and Japanese cuisine. 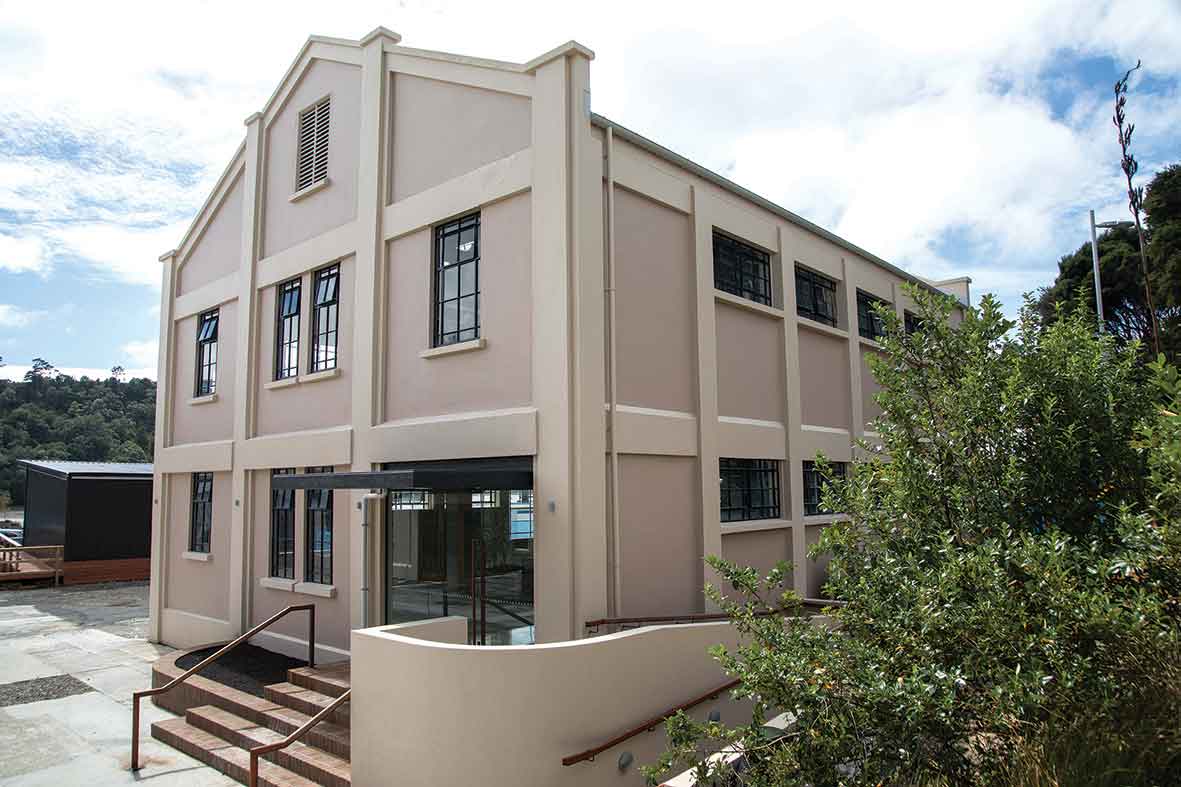 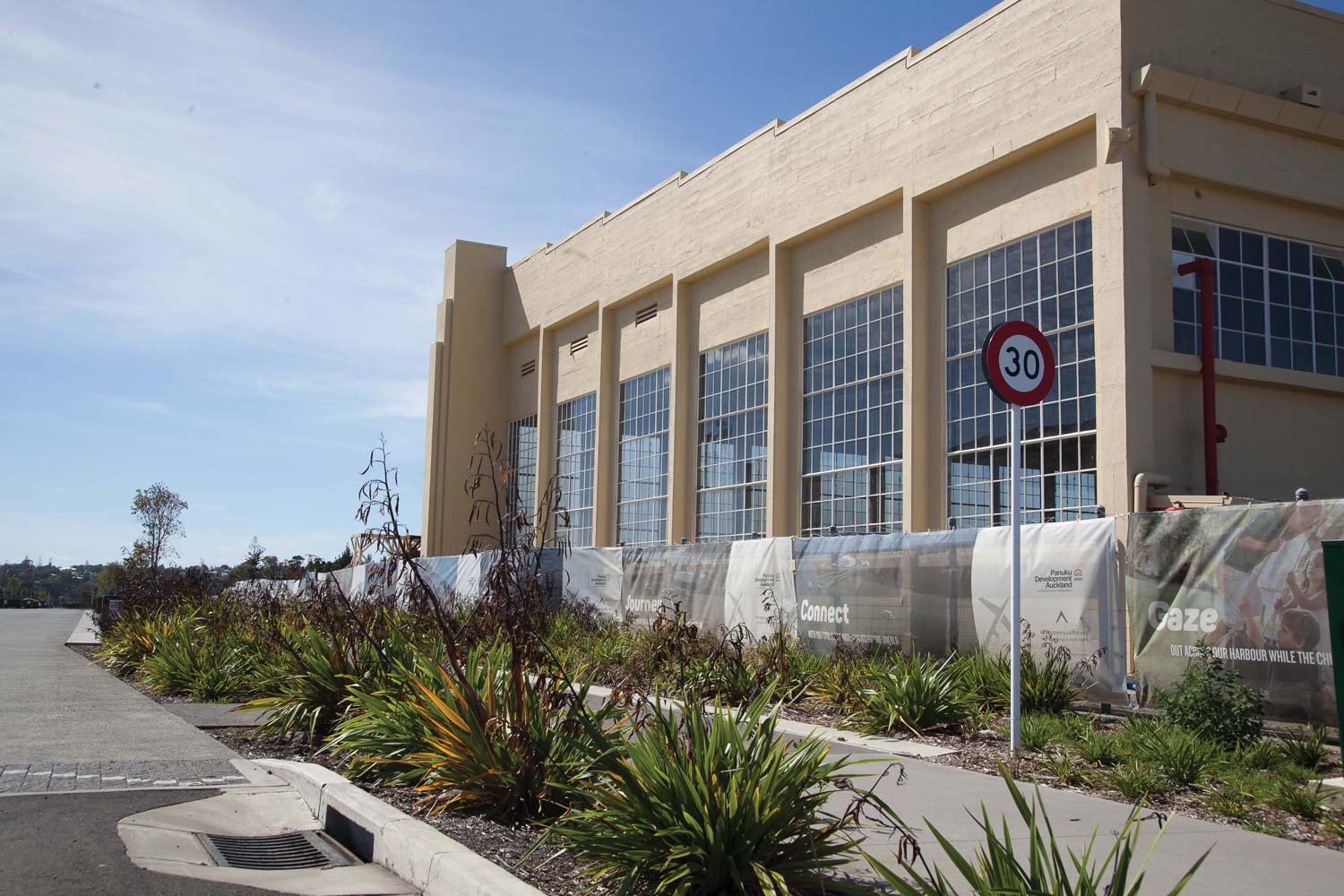 The two aircraft hangars opposite each other on Launch Road will be retained and adapted for reuse. The Wasp Hangar (originally Hangar 4) is so-named because it housed Wasp helicopters from the 1950s onward. It is owned by Panuku (Auckland Council). Its future use is yet to be decided. Over the road, the Catalina Hangar is owned by Winton. Whilst it’s early days, it looks likely to become apartments.

Designed with modern living in mind. Offering resort-style living with timber features, light, open spaces and a sense of style and flair.