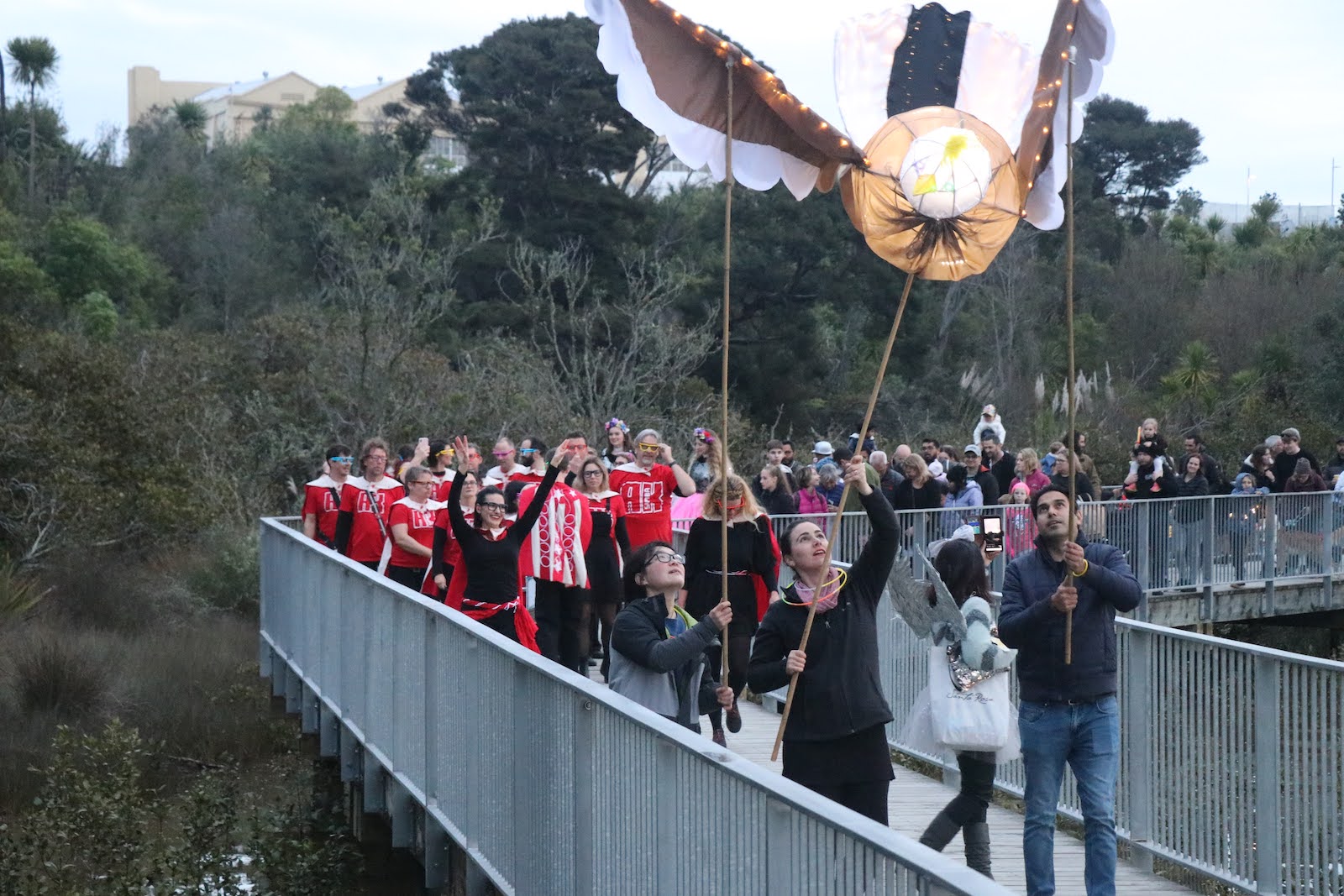 The second Winterfest at the Point has been a huge success. The full week of events between 13-20 July was enjoyed by all, especially Hobsonville Point Residents Association member (and professional events coordinator) Christine Glover, who organised it through her company Zillionstars, with the help of social media dream team, locals Dee and Amar Trivedi.

There was an overarching theme of Matariki weaving through most sessions over the week, beginning with the puppet show and workshop on July 13 at Chichester Cottage.

“New resident Ifat Vayner, a wonderful shadow puppeteer, brought this show to me,” says Christine, “and it was even better than we all imagined – we had to do two shows in the end! She also ran great workshops after each session teaching kids to make their own puppets.”

The 14th of July brought Bastille Day and a French twist to Playgroup at the Cottage when lucky mums sporting red, white and blue outfits were surprised with fresh croissants. The astronomy workshop on the 15th had bad weather and was postponed to Sunday 19th, when a beautiful clear sky showed the seven sisters of Matariki in all their glory. A diverse crowd enjoyed the Auckland University lecturer’s talk at the Sunderland Lounge, followed by close encounters with the stars through three telescopes.

Hobsonville Point local Lindsay Dawson’s writers workshops on Thursday 16th pulled the numbers for both the morning and evening sessions. Lindsay has an exceptional background in publishing, radio and on TV and her workshops always have rave reviews. Friday was movie night at the Sunderland Lounge – the all-time favourite ‘Hunt for the Wilderpeople’ brought Hobsonville families out ready for fun and armed with beanbags and cushions.

But Saturday was the big one: the Sparkle Parade. “Last year we had about 500 people for this event,” says Christine. “This year we reckon there were about 2,000!”

By all accounts it was a brilliant evening, helped by perfect weather and no wind. Sparkling, fairylight-adorned revellers met at Chichester Cottage and at 4.59 (moonrise), there was a mihi followed by a haka and waiata to greet Matariki. Then, led by fabulous South American drummers AKSamba and a giant piwakawaka (fantail) puppet made by Ifat Vayner, everyone strolled or danced their way down the coastal track to the wharf. “It was the most incredible sight!” said a very happy Christine.

The RNZAF brass band played Queen’s ‘Don’t Stop Me Now’ as glowing stiltwalkers from Neon Circus strode about; there were thrilling rides in whirling teacups and an ‘electric Kombi’. Food trucks plied a busy trade and steaming mulled wine proved to be a favourite in the bar area. Other bands the Reasoneers and the G-Strings played classic Kiwi tracks such as ‘April Sun’ and ‘Loyal’, and kids and adults alike were wowed by young West End musical star Jessica Rogers singing Disney hits in a gorgeous princess dress. The evening was rounded off with performances of glow-in-the-dark hula hoops and fire poi.

A final triumph was Sunday’s Pink Ribbon breakfast at Chichester Cottage where over $1,000 was raised for the Breast Cancer Foundation NZ – double what was hoped for.

The week of events was free apart from a gold coin donation request for the astronomy evening – all paid for with Resident’s Society funds and enjoyed by you, the residents. “It was just wonderful to be able to bring everyone together in mid-winter after all those weeks of separation post-Covid,” said Christine. “The old adage about connected communities being stronger and safer certainly felt like it was ringing true.”