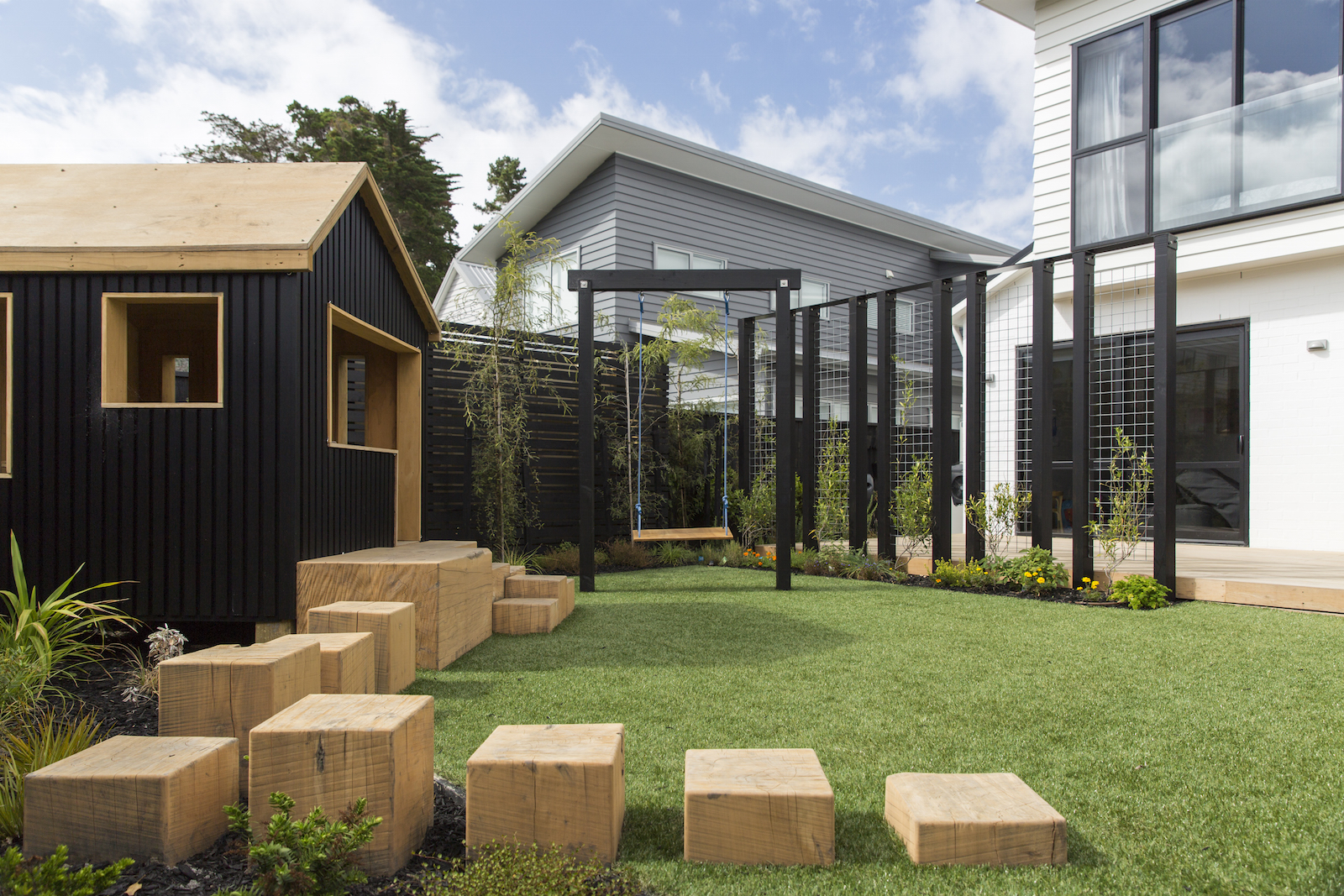 As Auckland intensifies to make space for its growing population, homebuyers are being asked to rethink the suburban dream of a big backyard – and finding some unexpected benefits to living a more compact life.

One of the things that makes living in Auckland fairly unique compared to other large cities around the world is that few Aucklanders are more than half an hour's drive from some wilderness, whether it be bush or beach. The Auckland isthmus is only 2kms wide at its narrowest point. Our topography is both a blessing and a constraint, however, and the Unitary Plan is aimed at ensuring the city can expand without covering the wide open spaces we all treasure with housing.

At Hobsonville Point residents are embracing higher housing densities than in many established suburbs. The homes are closer together and section sizes smaller than the suburbs that were developed in the 1960s and 70s. The density is modelled on our early suburbs like Freeman’s Bay. Private outdoor space is more likely to be a balcony, courtyard or 'outdoor room' than a large lawn. What Hobsonville Point offers instead of "half a footy field within your fence-line," says Caroline McDowall, Precinct Director for HLC, is plenty of public parks and green spaces residents can walk to. "It's about using our land better by putting green space into public hands where it can be shared and enjoyed by everyone."

The township has 26ha of parks and reserves, ranging from pocket parks that form the shared backyard for a group of houses, through to the 13ha Onekiritea (Bomb Point) Park. The suburb has been masterplanned from scratch and the designers have linked up all the parks with a 4.9km green walkway so that residents can walk or cycle from park to park via what is effectively a park also.

The walkability factor is important. We know from studies worldwide that spending time in nature significantly lowers stress and improves your mood and energy levels. Research also tells us that positive mental health outcomes from visiting the park were "significantly related to distance." So, to get the benefits from living near the park it has to be close enough that you'll visit regularly.

Anecdotal evidence from Hobsonville Point residents backs up research that shows that parks increase what's called 'social capital' by providing places to meet and interact, and by strengthening people’s sense of attachment to their neighbourhood. In short, people meet other members of the community at the park and are happier and healthier for it.

"This is a very functional, friendly community and we know that good design has helped make it that way. There's no reason why these design principles can't be applied to Auckland's existing suburbs as we intensify," says Caroline. "It's also encouraging to note how many of the locals have said that moving here has freed up the weekends to get out in nature and see friends, rather than staying home to mow the lawn."