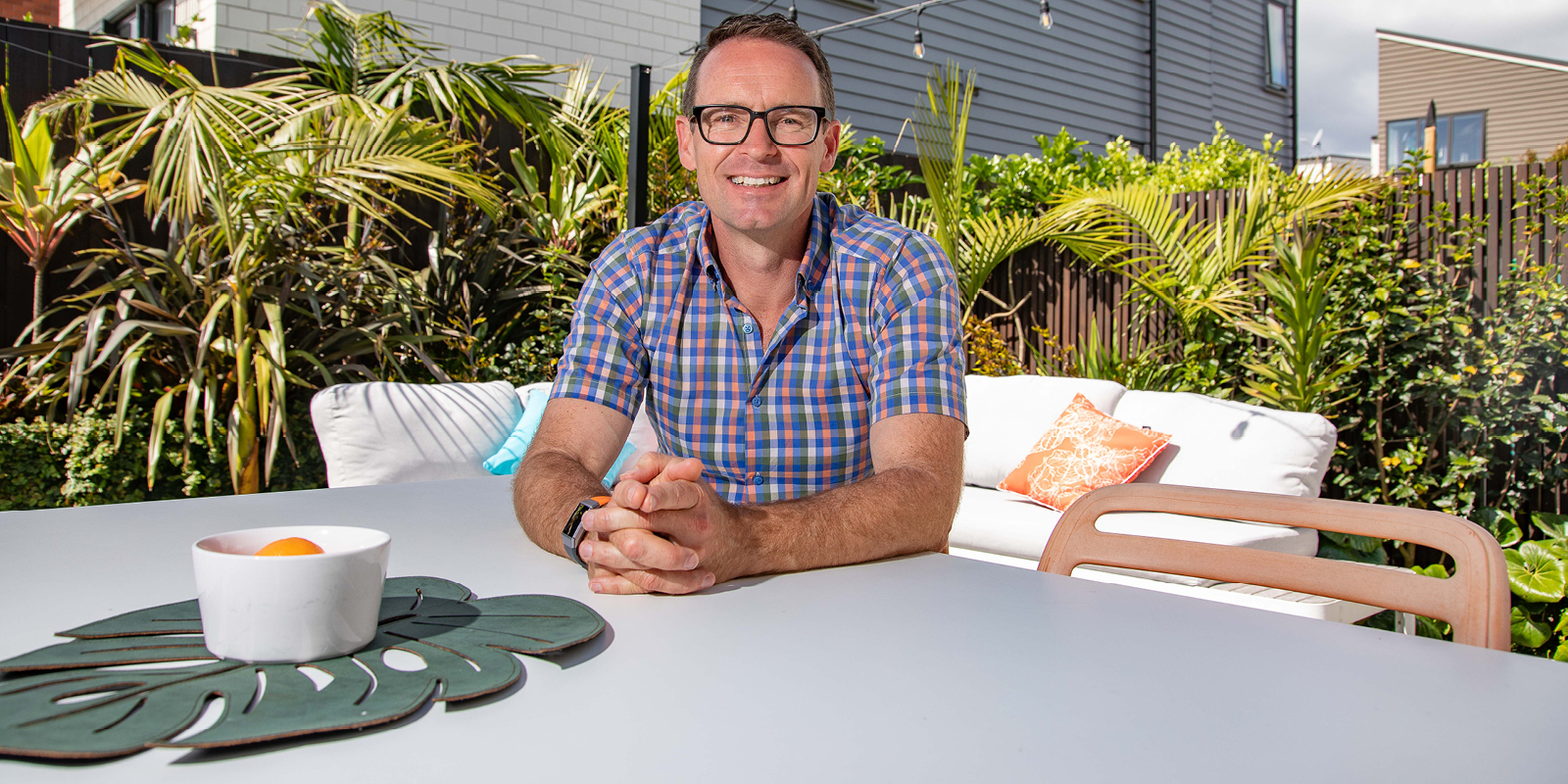 Orson Waldock is an urban designer at Kāinga Ora with a 20-year background in landscape architecture, designing large public open spaces. But at Hobsonville Point, he’s worked his magic on a much smaller footprint – the home he shares with his wife, Kāinga Ora Placemaking Team Leader Kathleen, and their two children, aged 14 and 11.

Their home is on a 292 square metre corner site, which Orson says, “is relatively generous” for Hobsonville Point, but still with “plenty of design challenges”. After owning homes on larger sections in Avondale and Blockhouse Bay, Orson has tweaked his garden-design ethos. “We were pretty set on leaving behind the idea of having a lawn,” says Orson.

“With so much open space within the wider neighbourhood at Hobsonville Point, retaining a small lawn and the large maintenance burden just didn’t add up for us. Time is such a valuable commodity, so moving to a smaller lot, with less regular maintenance, has freed us up from a lot of the burden associated with traditional suburban large-lot living.”

The living area of the Waldock family home opens on to a single-level, sustainably sourced hardwood timber deck. It faces due north, so a large sun umbrella provides much-needed shade during the day. Night-time ambience comes courtesy of festoon lights and a Corten steel fireplace, both designed by Orson.

Orson and Kathleen both had input into the garden design. “We both wanted something that felt relaxed and organic and offered lots of variation in terms of how the space could be used,” Orson says.

Around the perimeter of the deck, Orson has used a mix of native planting, interspersed with palms, to provide the overall framework for the garden. A large pot containing a bromeliad acts as a focal point in one corner and a path winds around the perimeter of the garden below deck level. This meandering path, which blends easily with the garden, is formed with rumbled- basalt crazy paving and infilled with recycled demolition concrete, crushed to a fine aggregate.

Orson’s garden design uses planting, screens and a subtle change of level to provide structure, privacy and separate functional spaces. From the deck, it’s a step down to a well-disguised, screened-off service area, with a hot water cylinder, garden shed, raised vegetable garden and a plumbed-in fish filleting station.

Out the front of the house, Orson has built a small timber deck, a place to sit in the shade in the heat of summer. “We wanted a space where we could engage with the street, our neighbours and community in a more active way. Whether it’s a porch, stoop, veranda or in our case a small deck, these spaces can play an important role in encouraging chance encounters with the neighbours and the wider community.”

To see more of Orson's garden and other bliss in bite-sized backyards, check out the latest copy of Point Life here.