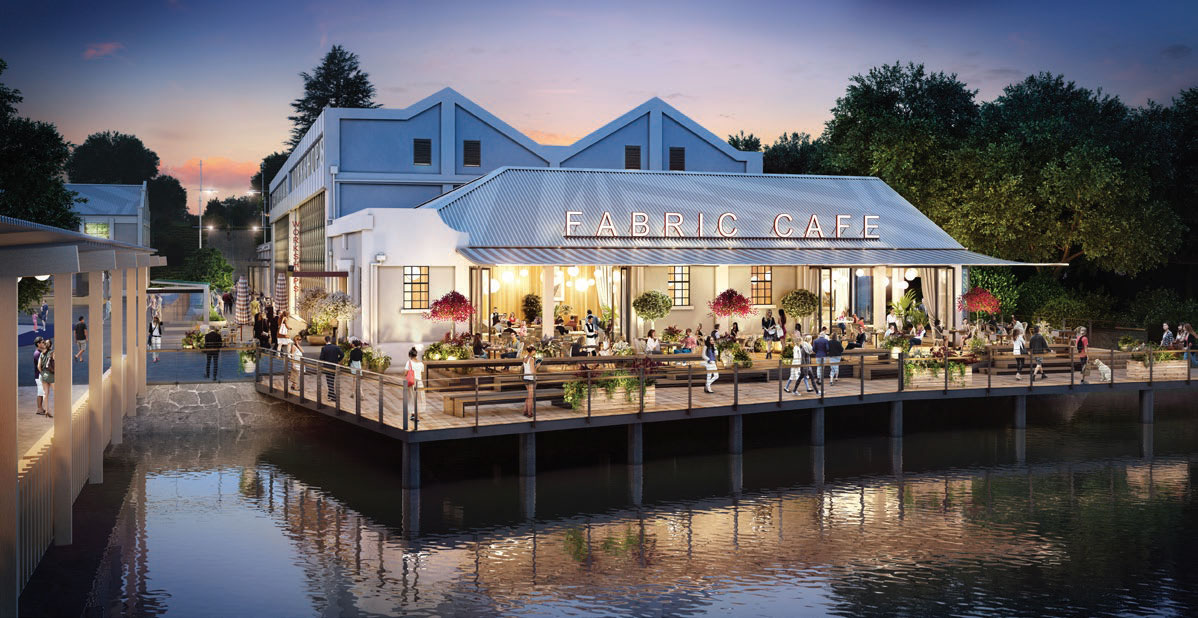 Over-water dining is coming to Hobsonville Point with the development of Catalina Bay as a prime destination for locals and Aucklanders alike.

Developer Willis Bond & Co has released plans – which detail a stunning mix of restored heritage buildings and new ventures culminating in a gateway to the west from the water – for the precinct now known as Catalina Bay. While many will know the area as The Landing, the headland at the end of Launch Road is in fact called Catalina Bay – a name which references the area’s Air Force history and its connections to both land and sea.

Willis Bond managing director, Mark McGuinness, says construction is underway in the precinct which will eventually be home to a micro-brewery, cafés and restaurants, restored character offices, an already-thriving farmers market and between 60 and 80 high quality freehold apartments.
“Surprisingly it is highly unusual in Auckland to sit over water and enjoy a meal or a coffee. You will be able to do that at Catalina Bay.”

Restoration of the existing historic Air Force buildings and hangars is ongoing. Among those being restored is the Fabric Bay Building which is intended for use as a top-quality restaurant offering over-water dining from early 2018. Expressions of interest in this tenancy are currently being accepted.
One of the bay’s oldest buildings, which dates back to about 1929, is getting a new lease on life as the permanent home of the Hobsonville Point Farmers Market later this year. The market continues to operate in the Fabric Bay Building (located by the wharf) in the interim.

HLC will also call Catalina Bay home later this year when it moves to its new tenancy in the refurbished office space on the west side of the precinct.

“Catalina Bay will be an important community centre at Hobsonville Point as well as an important access point as ferry traffic grows,” says HLC CEO, Chris Aiken. “Plus it will become a significant waterfront recreational and commercial space for the upper Waitemata.”

Meanwhile, dredging work, to create a permanent wet edge on the sea wall surrounding the bay, is expected to be completed in the next few months.