What’s in a Name: Genevieve Lane 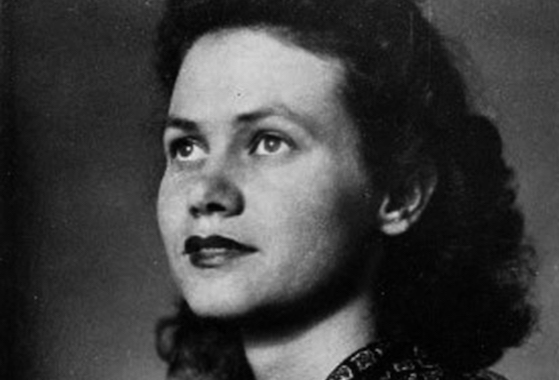 Welcome to the first article in our series on the history behind some of the street and place names in Hobsonville Point. Many are named after distinguished servicemen, but we’re beginning the series with the story of an extraordinary woman. Her war story came to light comparatively recently – even her four children didn’t know her secret past for many years.

Phyllis Doyle MBE (née Latour), code-named ‘Genevieve’, currently lives in Auckland. She was born in South Africa and raised in the Congo, but tragically lost both parents in her childhood. Pippa, as she is known, joined the Women’s Auxiliary Air Force (WAAFs) in the UK aged 20 as a flight mechanic, but due to her intelligence and fluent French, she was soon talent-spotted by the SOE (Special Operations Executive) and began to train as a spy. ‘I did it for revenge,’ she told the NZ Army News magazine in 2009: her godmother’s father was shot by the Germans and her godmother committed suicide after being imprisoned.

Along with other trainees, she had to learn wireless radio operation, encryption, and how to pick a lock. She learned how to send super-fast Morse code, how to live rough and stay calm under interrogation. And of course, she had to become familiar with the use of a Sten gun. Finally, during the night of May 1, 1944 she parachuted into occupied Normandy to become a secret agent for the Allied Forces. She was just 23.

Pippa posed as a young French girl who had moved to the country to get away from Paris. She cycled around selling soap to the German soldiers and finding out whatever she could about Nazi positions in preparation for D-Day.

In all she sent 135 crucial messages back to the UK. Each message had to be encoded for verification – she had about 2000 codes that could be used. She cleverly kept the codes she’d already used pin-pricked into a piece of silk which she used to tie up her hair. She was searched at least twice but luckily the Germans never thought to check her hair-tie.

The Germans could track her radio signal within a matter of hours, so she had to move around a lot. Food was very scarce. "One family I stayed with told me were eating squirrel," Pippa told the NZ Army News. "I found out later it was rat. I was half-starved so I didn't care."

Before taking up their posts, agents were told there was about a 50 percent chance of survival and for spies like Pippa, probably less if they were caught. But she made it through, unlike 14 other women secret agents. Four died in Nazi gas chambers and three were shot at Dachau concentration camp.

Pippa Doyle has received many awards, including the Croix de Guerre avec Palme in 1946 and an MBE in 1954. In 2014 she was recognised by the French Government with the highest military honour in France: the Medal of Knight of the French National Order of the Legion of Honour. 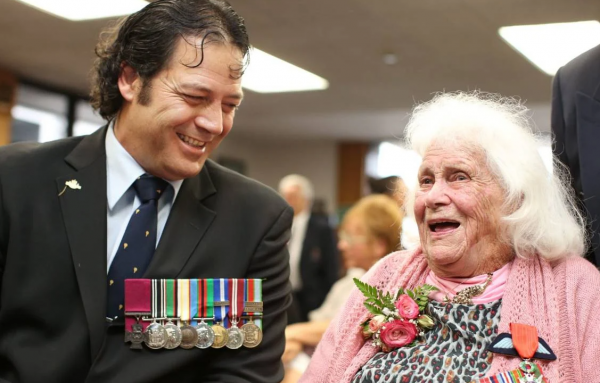