What's in a Name: Catalina Bay: The Mighty Flying Boat 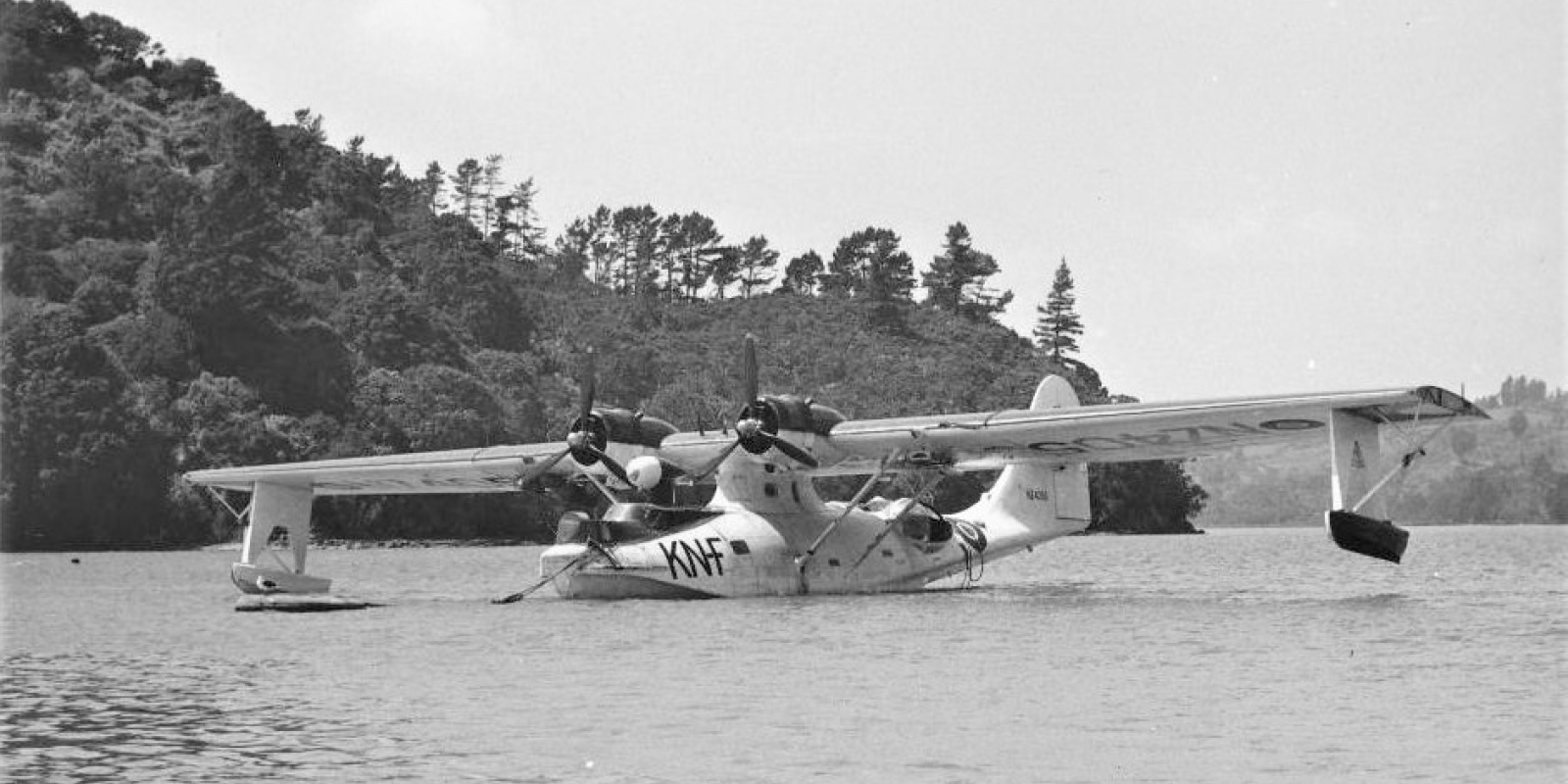 The last Catalina delivered to the RNZAF, NZ4056 'KN-F' of No.5 Squadron.
Credit: Whites Aviation, with thanks to Marcus’s Old Aircraft Photos

In a break from the norm, we’re bringing you a story about one of the beautiful aircraft that called Hobsonville home, both during and long after WWII.

In WWII there were about 3500 Catalinas operating globally. They were used by the Canadian air force over the Atlantic because they could carry so much fuel – they could fly hundreds of miles out to sea and find German U-boats whose crew thought they were safe from attack while recharging their batteries on the surface.

Catalinas in the Pacific

Catalinas arrived in New Zealand rather late in the war but between 1943 and 1953 the RNZAF had 54. The first aircraft were used for aerial reconnaissance by No. 6 Squadron in Fiji, which in 1943 was thought to be in danger of Japanese invasion. In late 1943, the squadron was moved to Havalo Bay on Florida Island near Guadalcanal. Many well-known Kiwis were part of these squadrons, including the young Edmund Hillary.

A second operational squadron, No 5. Squadron, was formed and moved to the US base on Espiritu Santo in Vanuatu. Both squadrons worked long-range maritime and shipping escort patrols, with roles too in air-sea rescue and transport.

Brett Emeny, pilot of the only Catalina currently flying in NZ, is full of admiration for those wartime pilots in their far-from-agile planes. “They were brave boys... they were only getting along at about 100 knots with all the gear they had hanging off them and carrying 6500 litres of fuel in behind the engines, so if a fighter managed to find them there was very little chance of getting away from it." Rescue missions were particularly hazardous – when Catalinas had to land on the water to pick up downed aircrew, they were often prime targets for passing fighter planes.

After the war finished, only a few of the best Catalinas stayed in service with No. 5 Squadron, and the rest were put into storage at Hobsonville. The planes were utilised in search and rescue missions or for cyclone relief and medical emergencies on other Pacific Islands – the Cats were perfect for small island nations with no runways. A couple were loaned to TEAL airways post-war – one for training crew, and one which was instrumental in setting up TEAL’s ‘Coral Route’ from Fiji to Tahiti, later used by their Solent flying boats.

However, like the other Catalinas in service in the Pacific, they were eventually returned to sit forlornly for some years on one of the outer fields of Hobsonville airfield, and in the early 1950s, these noble aircraft were finally dismantled for scrap. They were replaced by refurbished ex-RAF Sunderland flying boats until June 1967, when flying boats in NZ ceased active service.

In the early 1990s, the late aviation historian and author Ross Ewing came up with the idea of getting hold of a Catalina to restore as a heritage project for the aircraft’s many fans (mostly ex-crew) in New Zealand. Ewing, together with a small group of other highly motivated enthusiasts searched the world for a suitable Catalina and found one in Africa, being used by the African Safari Company to transport up to 16 passengers and four crew on sightseeing tours between Egypt and Zimbabwe.

The aircraft was sold to the Catalina Club of New Zealand in 1994, and made the 20,000km flight to New Zealand in around just under 90 hours over two weeks. Once here it was registered to The Catalina Co. NZ Ltd as ZK-PBY on 23 March, 1995.

Of the 10,000 hours' initial work carried out on the plane, 2000 were completed by volunteers. Brett Emeny led the restoration crew and put in over 2500 hours of work on his own, with engineers from his own company, FPA NZ, working at cost. They stripped the entire plane to bare metal to repair rust areas. "It was such a large job it took us four years just to do that," Emeny said in a Stuff article after the Catalina’s first outing at Warbirds Over Wanaka in 2016.

The old plane was repainted in a wartime scheme to match XX-T of No.6  Squadron. With each wing alone measuring around 32 metres, it was a lot of plane to paint – luckily, Resene supplied the paint and Street & Cook Construction in New Plymouth supplied all the scaffolding. Taranaki pharmacist Peter Budden was in charge of cleaning up the instrument panel and signage, and says, “We called ourselves Dad’s Army – but it was a lot of fun.”

The Catalina’s still an extremely expensive ongoing proposition. “It costs $200,000 a year by the time you insure and maintain it,” says Emeny. “We do about 100 hours flying a year and it costs about $2000 an hour to run it." Emeny is the lead pilot. He’s in charge of maintaining flight standards and trains a crew of around ten other pilots and crew. But there’s a large and passionate bunch of other members who are responsible for meetings, fundraising and ongoing maintenance behind the scenes. It’s all worth it, though – this is the only Catalina in the southern hemisphere that you can fly in on an affordable, cost-sharing basis, and it really is a priceless piece of aviation history.

Emeny will be behind the controls of the Catalina (fondly known as PBY) at Warbirds Over Wanaka 2022 and it’s not an easy job. The 78-year-old plane has no fancy computer controls and is fully manually operated – and it has to be flying at exactly the right speed and rate of descent when it hits the water, otherwise it’ll bounce!

If you’re interested in the beautiful aircraft that the bay at Hobsonville Point is named after, check out the NZ Catalina Preservation Society website and follow them on Facebook. There’s loads of info on PBY, including its long and fascinating history. You can find out when the next outing is, become a member or even donate (tax-deductible!) to the Givealittle page to keep it going! 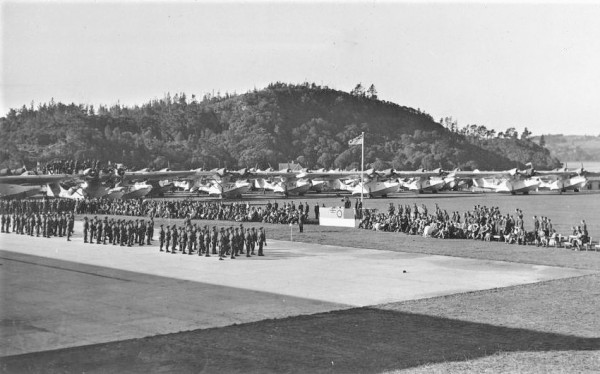