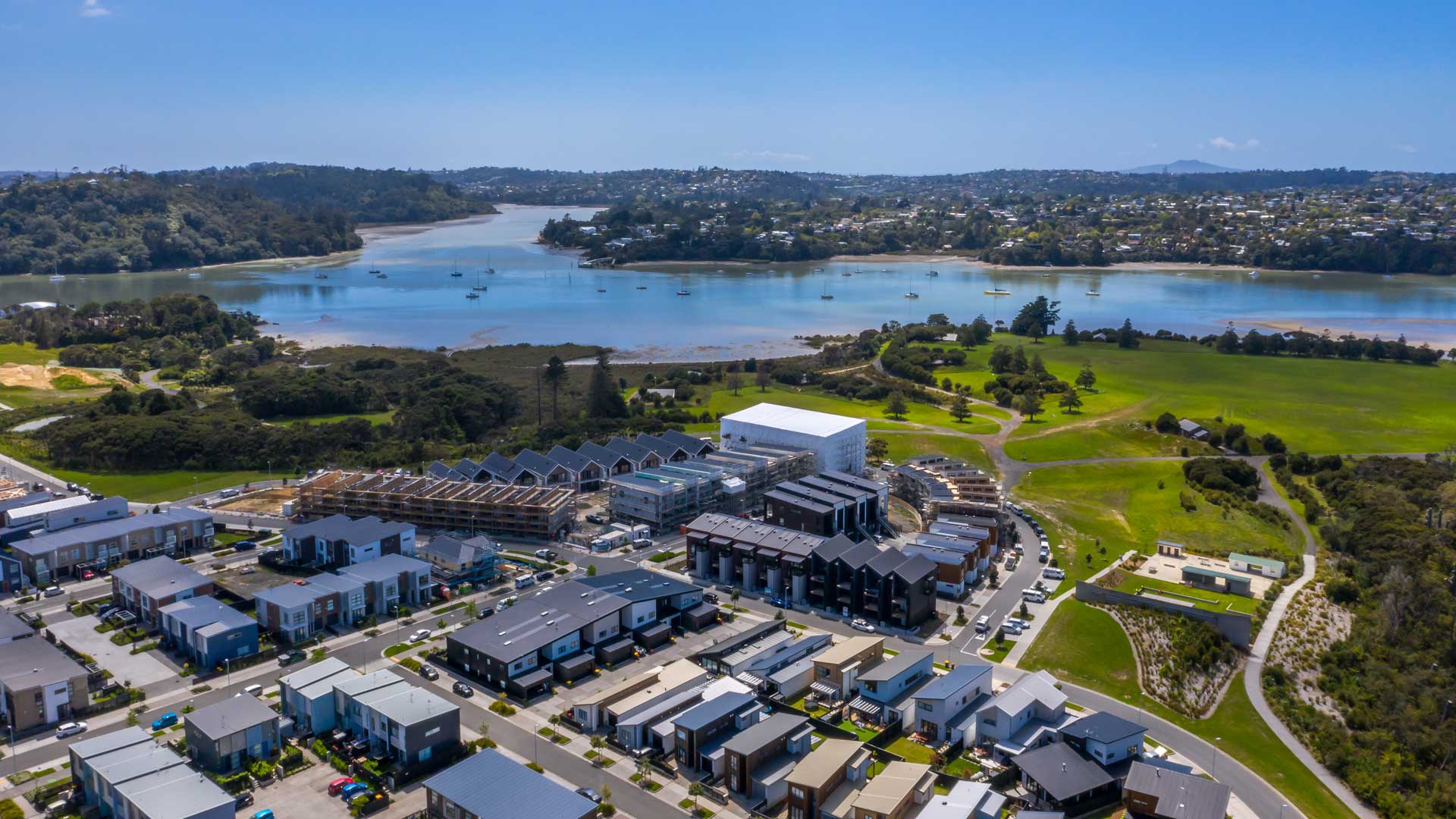 Hobsonville Point reached an important milestone in May, with the completion of 2,000 homes.

“Big projects take time to gather pace but once they have momentum it is a powerful force. It took us 10 years to build the first thousand homes, and just two years to build the second thousand,” says HLC’s Hobsonville Point project director Caroline McDowall.

“Our community is growing in size and strength and becomes more engaged and vibrant each year,” McDowall says.

HLC has gone to great lengths to deliver a wide range of housing options, typologies and price points to service the diverse needs of Auckland’s growing population.

Over 20% of the homes sold to date have been priced below $650,000, and sold to eligible buyers through an affordable homes programme.

The homes are designed and built to the highest standard and uphold HLC’s sustainability values.

“We already know that Hobsonville Point households are using much less power and water than the Auckland average,” McDowall says.

Sustainability has been core to the development since its inception and is evidenced in a number of key initiatives, such as the planting of 10,000 native plants grown on-site from local seeds.

Growth and progress at Hobsonville Point is about much more than building homes. It also comes with the delivery of new amenity, providing residents with greater lifestyle and work options.

In the past year alone, we’ve seen the opening of Te Ara Manawa (Hobsonville/Onekiritea Coastal Walkway) and an extended ferry service, which gives residents greater access to public transport.

The number of eateries has more than doubled in the past year with the addition of Fabric Café and Bistro, Siamese Doll (Asian fusion), Little Creatures Microbrewery (beer and woodfired pizza), Salty’s (fish and chips) and Kittyhawk (Italian).

The co-working space ‘The Hangar’ opened above Little Creatures, increasing the options for residents to work close to home.

The vision of Hobsonville Point is ambitious and can only be achieved in partnership with others. Strong relationships between HLC and builder partners, contractors, iwi, council, Hobsonville Point Residents Society, and other local organisations have been critical to the delivery of homes, amenity and community and sustainability initiatives.

All of this activity adds to the energy of Hobsonville Point. But when construction winds down and tradespeople and their vehicles leave the site in a few years’ time (around 2024), Hobsonville Point will settle into its own rhythm, McDowall says.

“We’ll be left with a fully fledged, green township that should feel simultaneously well-established and modern.”