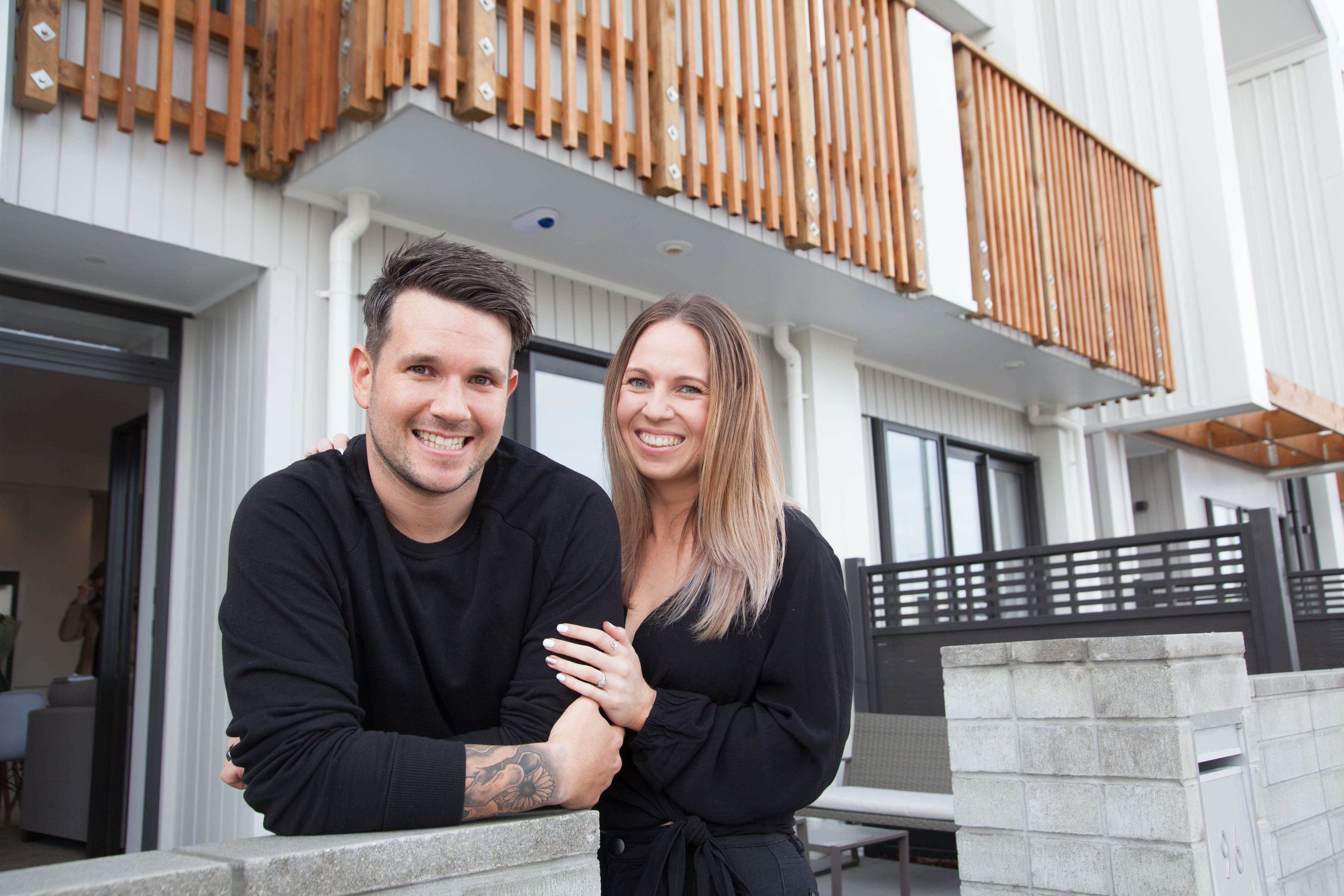 Bryce and Alyssa Farrow, are the proud owners of Hobsonville Point's 1,000th home. The couple have just moved in, having bought their home a year ago under the Axis Series affordable home programme. The programme is focused on providing affordable homes to eligible first home buyers at or below a $550,000 price tag.

Alyssa and Bryce say they feel lucky to have a found a house in Auckland, and particularly in Hobsonville Point, where they've lived for the last three years and put down roots. "We didn't actually think it would be possible," says Alyssa.

They entered the ballot for a chance to buy an Axis Series home "around four times" over the space of two years. Alyssa, a teacher, and Bryce, an electrical wholesaler, lived with relatives and made use of a KiwiSaver HomeStart grant to pull together their deposit.

The one bedroom home is on the ground floor of a three storey walk-up built by Jalcon Homes. On the 1st of June, Social Housing Minister, Amy Adams and Upper Harbour MP, Paula Bennett dropped by to welcome Alyssa and Bryce to their new home as part of an event to celebrate the thousandth house milestone for the township.

Alyssa and Bryce are part of a fast-growing community. Hobsonville Point now has over 3,000 residents. By the time the township is complete it will be home to around 11,000 people in about 4,000 homes.