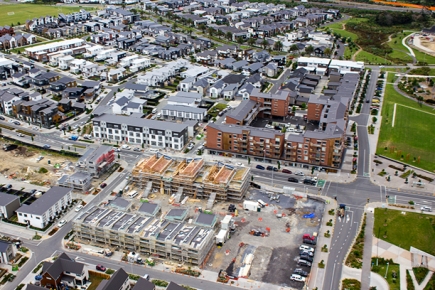 Last year was another big year at Hobsonville Point, as the community continued to grow and the number of new homes increased significantly. There’s now about 1,300 people living at Hobsonville Point. Around 952 homes have been sold, of which 535 have been completed, and 402 are under construction. Of these, 228 homes sold have been Axis Series homes. Key developments include:

Events and activities at Hobsonville Point continue to grow. There’s Bootcamp at the Primary School, Summer gatherings in the park, a cricket club in full swing, dance and yoga classes, a junior sailing club and much more.

This year promises to be just as busy in terms of expanded community amenities. More of the coastal walkway is being constructed, the former Rifle Range will be modified to include a stage and play pods. Harrier Point will be another park that will include play and fitness equipment, and picnic/barbeque facilities and development of the Landing will be underway.