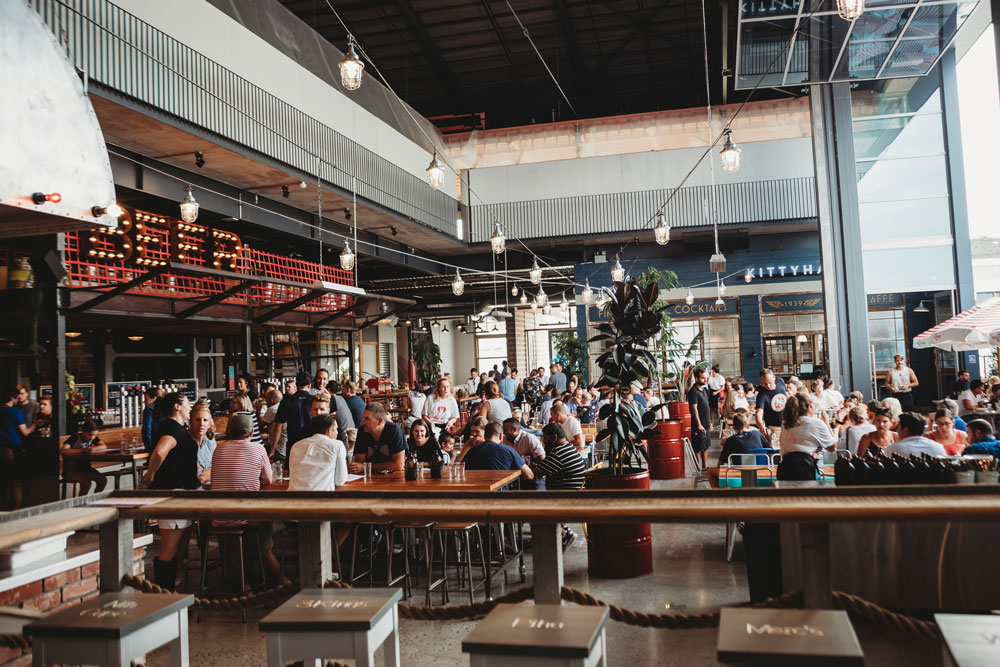 After huge anticipation, Little Creatures opened its first Kiwi microbrewery at Catalina Bay, Hobsonville Point on Waitangi Day with a rousing all-day event involving jugglers, a contortionist, a trickster, a fortune teller, drag queens, DJs and Kiwi band, Sola Rosa. Little Creatures’ ‘festival of curiosities’ drew thousands – or was it the chance to kick back on a hot mid-week holiday and try the brewery’s famous pale ales and pilsners? Whatever the reason, the event lured the thirsty to the Catalina Bay waterfront in droves.

Ongoing popularity seems assured for Little Creatures’ microbrewery with its waterfront location and epic venue. The brewery is housed in the truly mega-sized Sunderland Hangar, which was built in 1939 as home to the giant Short Sunderland flying boats. Visitors are surrounded by tanks, brewers working their magic and the aroma of beer brewing. At the centre of the action, the dining hall serves woodfired pizza and sharing plates with your beer. Under the same gargantuan roof, Salty’s offers gourmet fish and chips and Kittyhawk is an upmarket Italian eatery – open all day, as is the European way. There’s also a coffee roastery (beer chaser or precursor?) and a play area for the kids.

Ignite Architects led the design of the brewery, which is filled with nostalgic nods to the giant shed’s history. The hangar’s original 9m tall doors can be spotted behind the main bar. Kittyhawk has been inspired by the vibe of a military mess hall where off-duty mechanics and pilots would go to wind down, while Salty’s bar is made from the hangar’s original timber purlins.