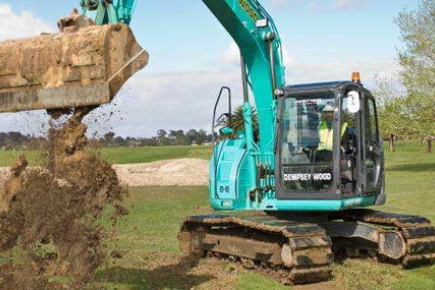 Housing Minister Phil Heatley today kicked off the annual construction season by taking control of a 13 tonne digger and turning the first sod on the much-anticipated Hobsonville Point housing development.

The project represents a new Crown-led model for best practice urban development, in partnership with the private sector.

“I’m very proud to be launching one of the first public-private-partnerships of serious scale in this country, following the model’s long track record of success in delivering infrastructure in many other countries,” Mr Heatley said.

Hobsonville Land Company, a wholly-owned subsidiary of Housing New Zealand Corporation, is jointly developing the first stage of the project in partnership with Australian listed company AV Jennings, who in turn is partnering with local firm Dempsey and Wood to carry out civil works and construction.

“I’d like to acknowledge the concerted effort by the team at the Hobsonville Land Company, who have skilfully manoeuvred their way through the multiple district plan and resource consent processes over a number of years to reach this milestone,” Mr Heatley said.

“At a time when the building and construction sector is in desperate need of work the first stage of development will deliver nearly 400 jobs.”

Earthworks and construction will generate about 2600 jobs during Hobsonville Point’s complete development. Construction of the first houses is expected to start in the middle of 2010, with occupation by the first residents in early 2011.

Within the first stage of development, opportunities will be provided for a number of moderate income households to enter first home ownership through the government’s Gateway Housing initiative. Gateway will help first home buyers by delaying payment of the land component of their new home. The scheme will be launched in early 2010.

The overall Hobsonville Point development site is about 167 hectares. It will have 3000 dwellings, a primary and secondary school, a marine industry precinct, local retail and commercial spaces, open space, reserves and a wide range of community facilities.