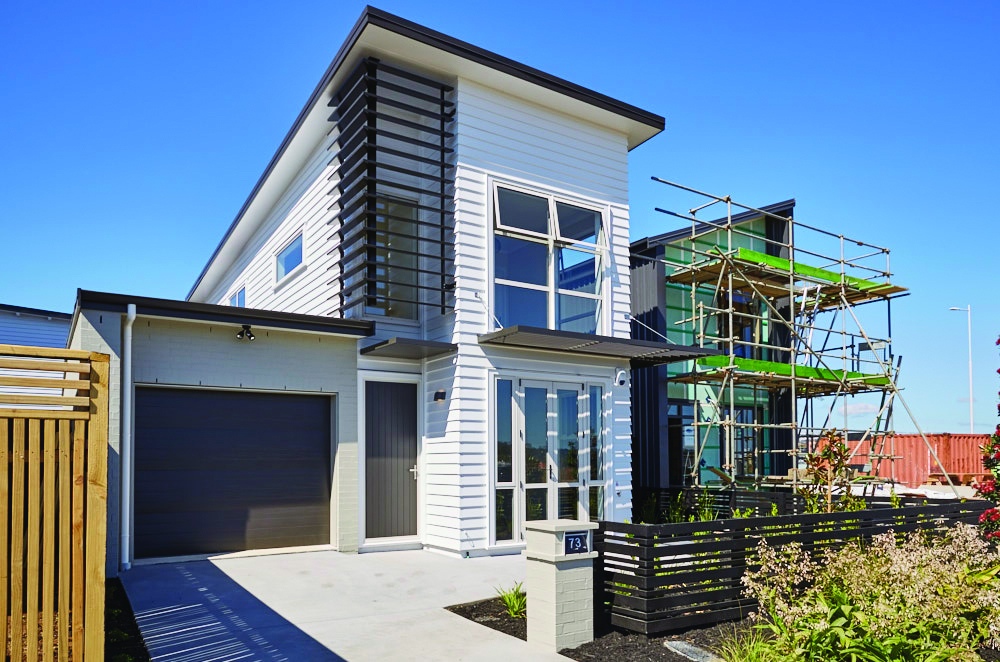 We were thrilled to see the first home completed in the new Airfields precinct late last year. This is an important milestone for what will eventually be a neighbourhood comprising almost 900 homes. Airfields is owned by Auckland Council’s urban regeneration agency, Panuku Development Auckland. They’ve teamed up with developers, AVJennings to create Stage One (102 homes). Airfields is being developed to a master plan that balances and harmonises all elements within the neighbourhood, and takes into consideration neighbouring precincts also.

In early 2018 construction began on the roading for Stage Two, which will bring a further 510 homes to the market. Stage Two will include a wide, tree-lined boulevard called Waka Moana Drive, which will connect Airfields to the Sunderland neighbourhood at one end and Te Ara Manawa, the coastal walkway, at the other. Construction of the homes in Stage Two, by Top Garden Property, is likely to start towards the end of 2018.