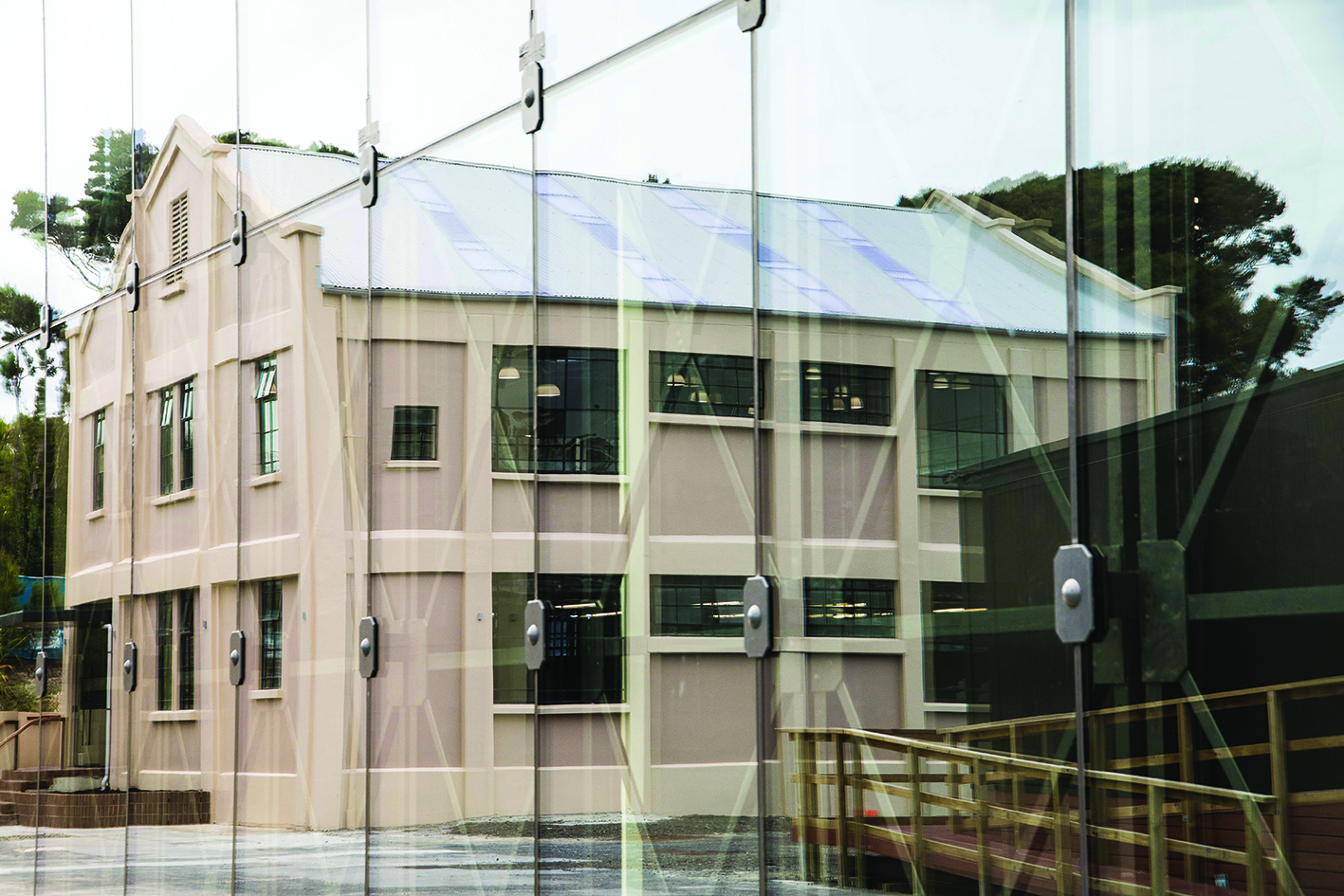 One of the best things about Hobsonville Point is that its fascinating history gives it a unique character. The area was not only a military base, it was also the birthplace of the commercial aviation industry in New Zealand.

We’ve worked hard to preserve as much of the history as we possibly can – retaining original streets, mature trees, homes and aircraft hangars dating back to the late 1920s – while balancing the commercial viability of the project.

Although it would have more economical in the short term to ‘start afresh’ we believe that building the new community ‘on the bones of the old’ as one resident so nicely put it, brings long term social benefits. Heritage lends continuity and authenticity and contributes to a sense of belonging – a basic human need.

Retaining heritage is not the easy option. Eighty years of use by the armed forces has left Hobsonville Point with dozens of houses and buildings in various stages of disrepair. It hasn’t been possible to keep everything, for a variety of reasons. Often the cost of replacing unsafe materials is too high.

Willis Bond’s project director for Catalina Bay sums up the challenge well. “In order to save the best we have to sacrifice the substandard. Auckland has done a poor job of maintaining heritage. What we’ve got left we absolutely must preserve for future generations. The critical task is to identify the best and figure out how to keep that.”

Silver say that Willis Bond preserves heritage buildings by adapting them for modern day use. “Buildings need a use that is relevant today and a commercial value which underpins the cost of the restoration. If the project is not economically sustainable, then who pays for the building? Either the taxpayer or rate payer pays, or the building slips into disuse and its future becomes uncertain. “

Willis Bond is in the process of adapting five heritage buildings on the Catalina Bay waterfront now. “It’s much harder and more expensive to refurbish than build from scratch. You need an architect that’s sensitive to the character of the building and a builder that has pride in the work. It’s an activity of love.”

Here’s a little background on the heritage buildings being restored at Catalina Bay:

Military Use: Storing weapons when not in use on aircraft, then later a machine shop and the Armament Engineering Section.

Willis Bond will also be announcing a new restaurant soon. Keeping your eye on Hobsonville Point’s Facebook page is the best way to keep up to date.

Military Use: Housing and maintenance of seaplanes and the home of the Fairey IIIF, Walrus and Cutty Sark. Stored and serviced boats belonging to the Marine Section and housed marine fitters. Also accommodated the Instrument Bay, Electrical Bay, safety equipment, then later, the Metal shop and Woodwork shop and stores.

The Seaplane Hangar has been transformed into an industrial chic office space. Willis Bond locked the giant hanger doors open and stripped back a large portion of the cladding to reveal the intricate steel structure. The steelwork was renovated and glazed with glass commissioned in the United States to take advantage of the harbour views.

OK, it doesn’t look flash now, but you wait! We had to strip the hangar back to its bare bones to get rid of the old cladding which contained asbestos. Over the course of 2018 it will be reclad and reborn as the NZ home of Little Creatures. The new corrugated iron exterior will be painted in military greys featuring a striped pattern that was used as camouflage by sea craft to deflect radar from above. A glass frontage will look through to brewery vats. The Sunderland Hangar’s gigantic doors will open onto a public plaza where you’ll be able to sit and look at the harbour.

Military Use: Initially the Marine Section. Personnel were trained and at times ate and slept there too. The Marine Section made and serviced moorings, serviced the seaplanes, towed targets for aircraft and army training. Later uses included a cafeteria and storeroom.

New Use: Café and Bistro

The Fabric Bay has been given a new life as Fabric, bringing a sophisticated vibe to the waterfront with its menu built around seasonal, locally grown produce. Luke and Melissa Shore are locals and experienced hospo operators. They say they'll be open from 7am till late from early June. The new deck over the water makes the most of the upper harbour and bush views.

Military Use: Formerly the Flying Wing Headquarters where Sunderland Aircrew were trained, including Technical Instruction, and later, the Glass Reinforced Plastics (fibreglass) workshop.

This striking two-storey, concrete masonry building with its exposed steel trusses and giant steel windows is almost ready to be occupied at the time of writing. It would suit a service-related business wanting a high-profile building, such as real estate company, architectural, legal or accounting practice. It has a 4m and 7m stud height and harbour views.