Building Commmunities Near and Far 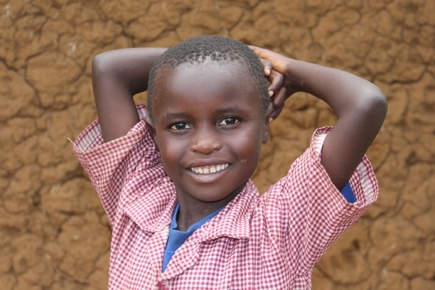 Old buildings demolished in Hobsonville Point are paving the way for new beginnings in Kenya, thanks to the efforts of a local business.

The Agency is contracted to undertake building demolition and remediation at Hobsonville Point. Owner, Elizabeth McMaster, says buildings that have been demolished include former barracks buildings, and the former Airmen’s Mess.

“Hobsonville Land Company (HLC) are so responsible and I’m proud to work for them,” she says. “They are accountable for every piece of land at Hobsonville Point and they make sure it’s a great place to live and play”.

But it is not just local children who benefit. About 80% of The Agency’s profits, including money made from the work completed at Hobsonville Point, is being used to build a primary school and health centre for the Ekitale Namirembe Community in Bungoma County, Kenya.

“We’ve had our plans signed off and are now clearing ground which is awesome. The school will be opened by the Kenyan President and taking students in June,” says Elizabeth, a Christian who works philanthropically through her organisation, Beloved Ministries.

Beloved has already built an early childhood centre in Ekitale Namirembe, the children from which will progress to the primary school once it opens. With seven classrooms, it will cater for 224 pupils, each of whom will receive regular health checks, including vaccinations, from Red Cross doctors and nurses at the onsite health centre. Next year, Elizabeth plans to extend the primary school and add a high school.

to 40 children at a time for 20 minutes before repeating it with the next group. By contrast, the primary school will have a maximum 32 children per room and be based on New Zealand’s education system.

“We’re not going to get anybody out of poverty until such time as we start educating the children, giving them some kind of hope. If we get the right support in the right environment, our kids will be successful.”

Elizabeth is investing hundreds of thousands of dollars into Ekitale Namirembe and is delighted she has been able to be as responsible with this money as the companies from which it was earned.

“HLC is focussed on building a community. Well this work is just a different way of doing the same thing. If I can build a school and enrich this Kenyan community, then that’s what I’m going to do.”