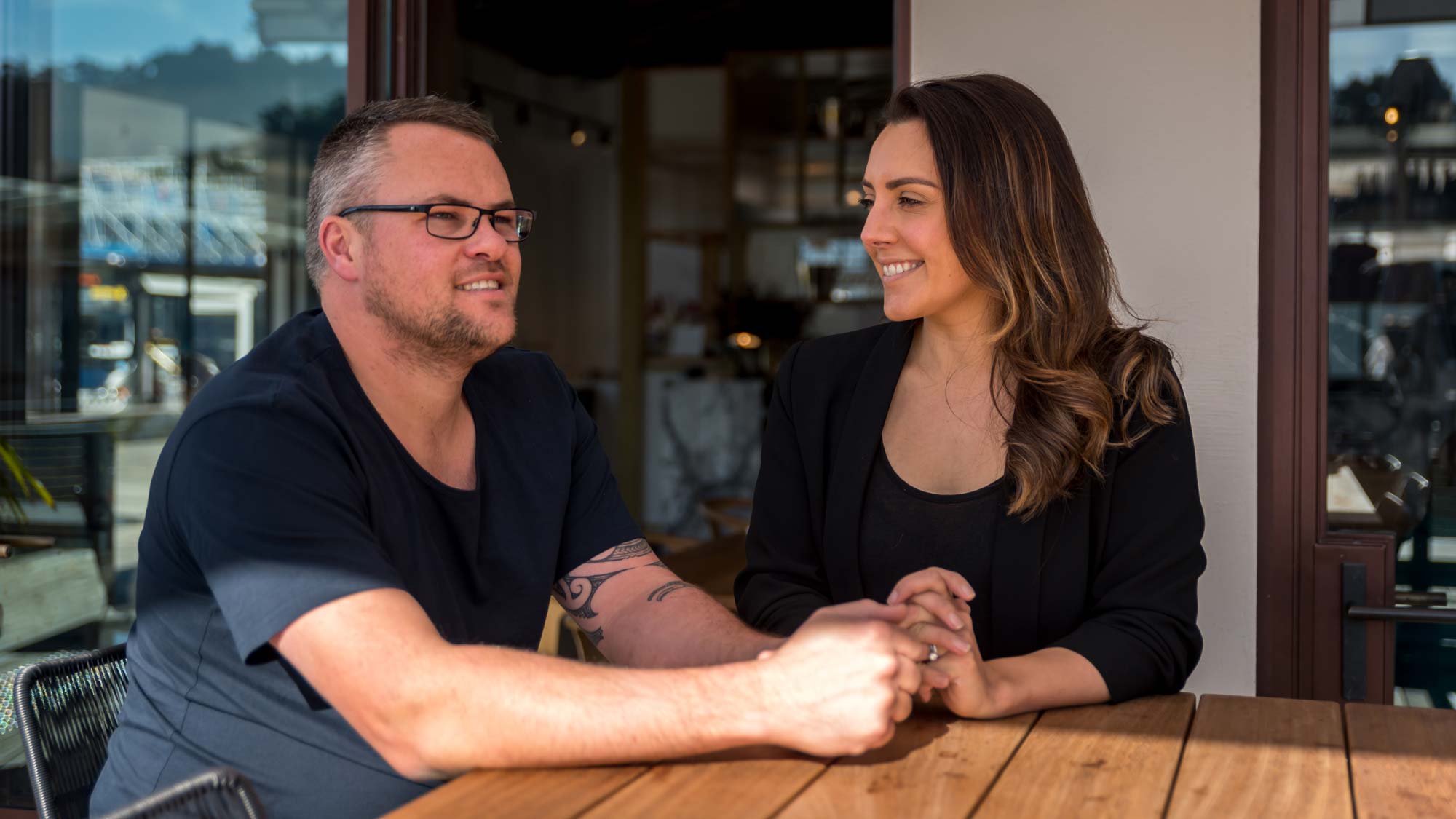 Hobsonville Point’s latest eatery, Fabric, has made itself at home as has the family behind the fare.

The couple and their family lived in Auckland’s Stonefields when they heard about the unique waterfront dining opportunity awaiting development at the Point. But with two young kids in tow there were no plans to open a restaurant and in fact the Shores, who have extensive hospitality backgrounds, had ruled it out of their future.

“But then we saw the site,” recalls Melissa. “And straight away, we knew it was something we believed in. We realised that this was an opportunity to do something incredible for our family.”

After a furious few days pulling together a business case, the couple pitched their ideas to Catalina Bay developers, Willis Bond & Co, who shared the exciting vision for the seaside location.

As plans for Fabric progressed, the couple sold their house and moved their family to Hobsonville Point, cementing their connection to their new community.

“We genuinely love it,” says Melissa of the area the Shores now call home. “The community spirit and feel, and the way everyone comes together and identifies as Hobsonville Point people, is really wonderful. I’ve never lived anywhere with this kind of vibe before. Luke grew up in a place where he knew everyone on the street and I think it’s really nice for him to be here with that kind of feel too.”

And just as the Shores have had a warm welcome from their new neighbours, so too Fabric is proving popular since its June 14 opening. Not only is it garnering a growing group of regulars, the latest addition to Auckland’s restaurant scene is also attracting attention from further afield.

Unusually the concept for the family-friendly eatery has been developed in response to its location, nestled alongside the calm reaches of the Upper Harbour and enjoying spectacular sea views. For those willing to leave the relaxing and attractive interior, a sun-drenched deck extends over the water offering diners a rare opportunity to enjoy the natural environment alongside their meal.

The menu, meanwhile, has been developed by chef Kei Suzaki whose illustrious CV includes stints at Ostro and Queenstown’s Rata.

“He has a strong identity of what he wants to cook and he’s worked with an Executive Chef in his most recent role so I was happy trusting him and giving him autonomy,” Melissa says. “He’s brilliant - we’re so lucky to have him.”

Alongside a mouth-watering meal, a visit to Fabric also opens up other possibilities with the boardwalk section of Hobsonville Point’s coastal walkway lying literally at Fabric’s doorstep and the bustling Catalina Bay Farmers Market just a few doors down on Fridays, Saturdays and Sundays.

“It’s a little destination tucked in a quiet corner of Auckland and you can easily spend the morning down here,” says Melissa. “Those that have tell us that they’ve found Fabric to be just what they wanted in the area. People really are loving it and it’s turning out exactly how we hoped.”