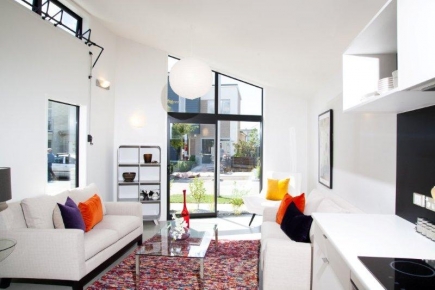 Research conducted by Hobsonville Land Company into the desirability of smaller homes has found that, as the Kiwi lifestyle spreads its wings, Kiwis increasingly favour smaller homes, especially if they’re more affordable.

The Axis Series Small Home Test Lab opened at Hobsonville Point, in March, 2014, and since then consumers and members of the building industry have been able to visit the homes, and provide feedback by way of response cards and participation in an online survey.

Of those buyers surveyed, seven out of 10 were looking for a home for themselves with around one-quarter of respondents intending to buy in the next six months.

Overall, 69% said they could ‘very comfortably’ or ‘reasonably comfortably’ see themselves living in one of the three pilot show homes. Sixteen per cent were unsure, 12% said ‘probably not’ and just three per cent said ‘definitely not’.

Respondents were very positive about the quality of the homes and their design, as well as the fact that they were within a community with a mix of types of homes.

Asked to rate features important when buying a new home, 82% of all respondents, and 91% of respondents looking to buy for under $485,000, rated the overall concept of a small, self-contained house and section for a lower price.

Among buyers in the market for a house under $485,000, the interior layout of the house was the most important feature followed by the location. Interestingly the size of the section ranked last out of 14 features that we asked questions about.

Two of the three small homes at Hobsonville Point designed and built for the Test Lab have been sold, with the new owners for the homes drawn by ballot after strong demand from Axis Series qualifying buyers. The third home is under offer to an interested buyer.

A copy of the full research report Small Homes Feedback Survey is available at www.axisseries.co.nz/lab. The media release is available here.