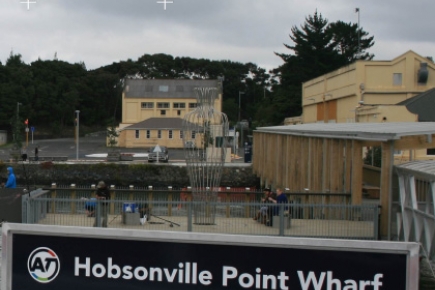 Our sixth annual sustainability report is now available. This year we also put together a short video you can watch on our Living Sustainably page that tells our sustainability journey in five and a half minutes.

This year, with a significant number of residents on site, we have been able to measure many of our long term indicators for the first time. The results suggest that living at Hobsonville Point feels good and costs less. Homes at Hobsonville Point cost, on average, around 25% less to live in than the average Auckland home. Average household electricity usage is 28% lower than the Auckland average. Average water consumption is 30% lower than average though still 10% above our target of 100 litres or less of water per person per day.

But perhaps the most significant findings in the research conducted to track our long term indicators come from a survey of residents conducted independently by Beacon Pathway. These show that social indicators, such as positive contact with neighbours and use of local facilities, are tracking at much higher levels than Auckland averages, although in some case are still short of what we hope to achieve by 2026.