The history of the Didsbury Art Trail 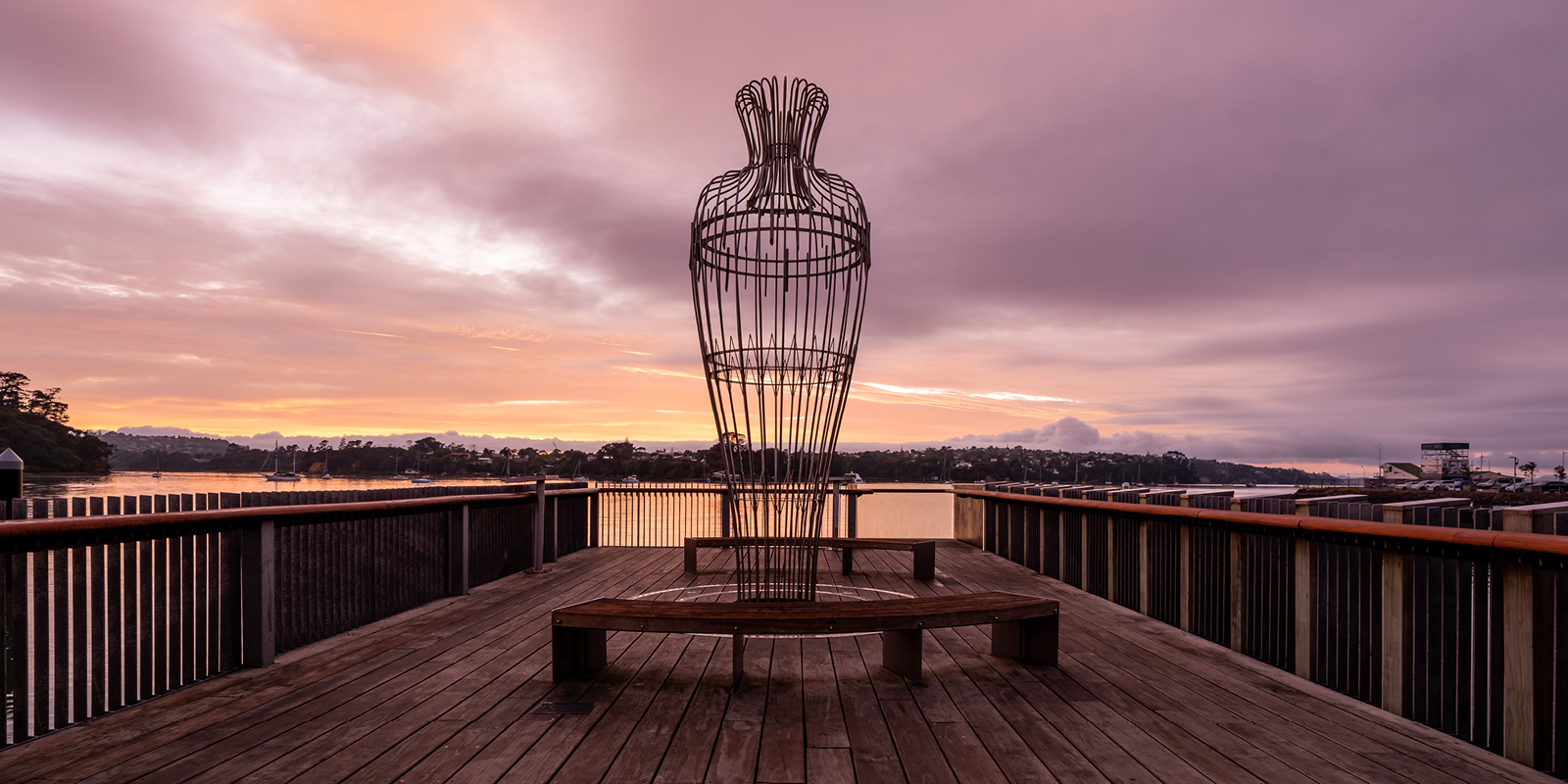 The Didsbury Art Trail at Hobsonville Point is a new sculpture walk. It includes restored historic buildings and meanders through coastlines, parks and fresh new architecture – a spectacular addition to free public art in Tāmaki Makaurau.

Art has been an important part of Hobsonville Point since its early days, thanks to visionary thinking and the talented artists whose work has become such an integral part of the landscape. The Didsbury Art Trail allows locals and visitors alike to enjoy artworks, historic buildings and some of the stories behind them. We bring you a brief history of how it came to be.

When Richard Didsbury joined the board of directors of the fledgling Hobsonville Land Company back in 2005, his vision for Matakana Village Farmers’ Market was in full development, as was Brick Bay vineyard’s Sculpture Trail and Glass House Kitchen. But Hobsonville Point was an opportunity he couldn’t miss.

Along with many other buildings, Richard argued passionately and stubbornly in favour of retaining the Sunderland hangar at Catalina Bay as a public hub. “I was committed to creatively establishing the bones of shared public spaces at Hobsonville Point before building began, and also to preserving as many of the historic RNZAF buildings as possible.”

Early on, Richard masterminded the Catalina Café on Buckley Avenue; the building had a history of avionics repairs and communications for the RNZAF. Next, he convinced the board to commission sculptor Philipp Meier to create the ‘Forest Floor’ playground, a group of giant-sized Corten steel sculptures of seedpods and nests intended to inspire thinking about habitats. Visiting families loved it – and suddenly the new suburb had a soul.

Richard and Christine Didsbury always like to ask an important question: why make something ordinary when it can be extraordinary? “I feel one should try to take things to the next level whenever there’s an opportunity. Why not take traditional engineering structures such as retaining walls and make a feature of them?” Richard asks.

Louise Purvis’ sinuous ‘Estuarine’ sculpture on the gabion wall leading to Catalina Bay does just this, morphing the practical into something which literally stops people in their tracks. The sculpture was inspired by the view of the upper harbour channels from the air, as seen by Doug and Audrey Mills taking aerial photographs from their Gipsy Moth aircraft in the 1920s for their Aerial Survey and Land Company, based at Hobsonville Point.

You can read more about the Didsbury Trail here.