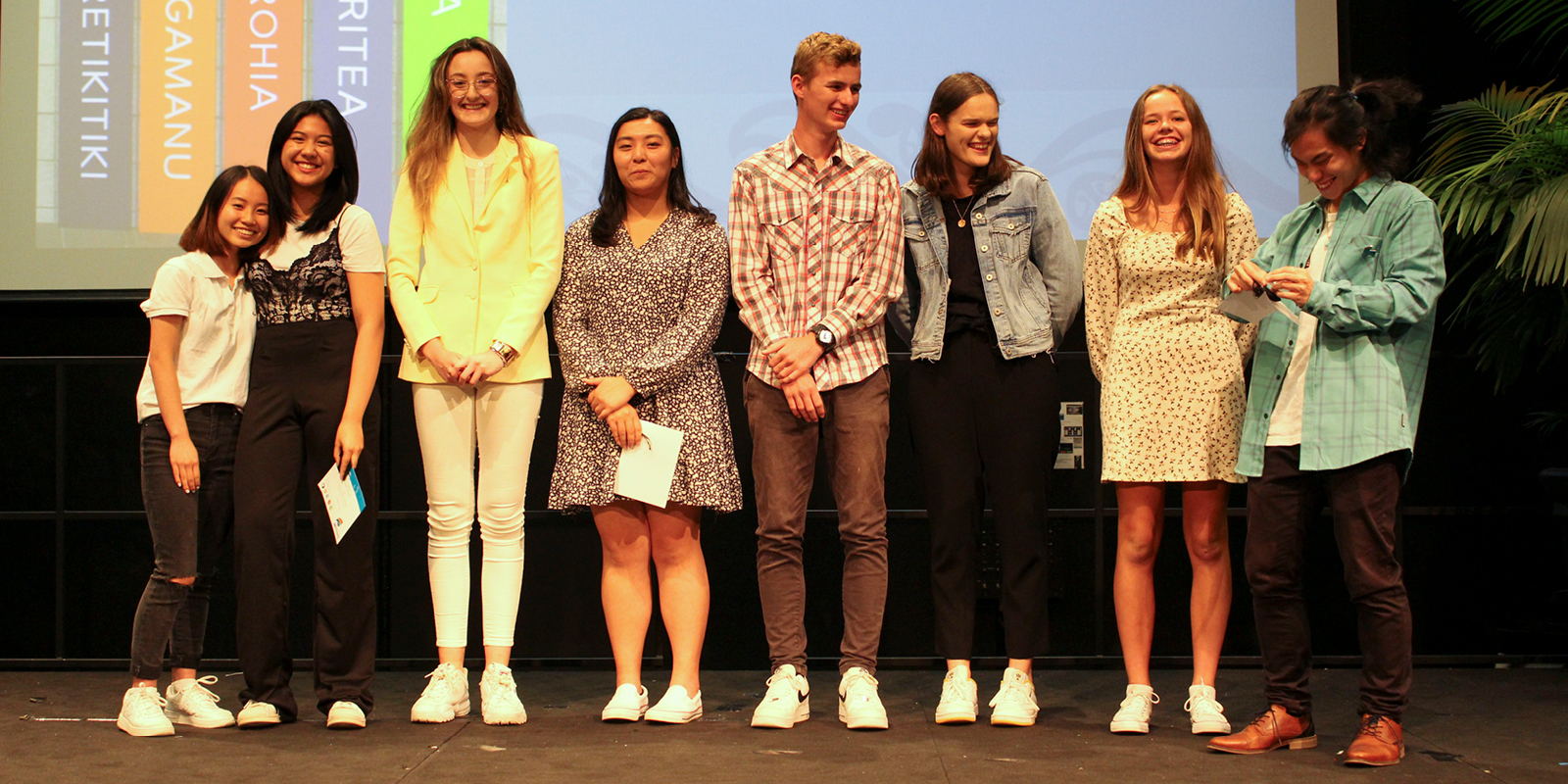 “Working online is natural for us, and so is self-regulation, so we pivoted fast to working from home. But because the wellbeing of our students is our main priority, they were able to be more relaxed about change.”

HPSS has stopped offering NCEA Level 1; for Maurie it’s building year-on-year results towards an end-game that is more important than anxiety-inducing credit-counting. He hosted two workshops on alleviating student stress for other principals and school leaders over lockdown. “There was a lot of interest – I’d say around 35 other schools are also keen to abort Level 1.”

Cultural achievements throughout 2020 were a bit difficult with many shows being cancelled. But because live performance is a requirement of NCEA, everyone pulled together to make it happen. The HPSS hip hop dance crew won second in Auckland; student Bailey Larkin, one of the winners of the Lions Foundation song-writing award, had his song featured on the ‘Play it Strange’ album, and Davina Wang took out the youth prize at the Kumeu Art Awards.

In sport, it was a good year for the HPSS girls. The Under-15 girls rugby sevens won the North Harbour Champs, Leah Brown now represents NZ in the under-16 touch squad and Mikayla Suluape won a place in the NZ U18 tag team, despite being just 16 herself.

There were some big wins in fundraising too. Manaakitanga – giving back and looking after others – is important at HPSS and Shave for a Cure in 2020 raised a whopping $15,000 for cancer research, with 15 staff and nine students involved. Students also got stuck in, knitting clothes for premature babies and making baby bibs from second-hand clothing, as well as organising a huge aluminium can drive to raise funds for City Mission.

Enhancements to the property include building a new covered artificial turf for sports, and a wharenui-inspired entrance to the school. The school is also working with the Hobsonville Heritage Trust to install a pottery kiln, which will be available for the wider community to use in future; a nod to the history of the area with its rich background in clay works.

A major goal going forward for Maurie’s team is to strengthen and expand student leadership. “We’re keen to set up and maintain a group of leaders who will report to and advocate for student-led learning communities.”

Last year was the third group of Year 13 graduates at HPSS, and the school is maintaining its excellent results. “A real highlight last year was knowing that in staying serious about our first principle of putting student wellbeing first, we mitigated stress levels over COVID. Long-term, we’re seeing deeper learning, which brings a high level of merit and excellence graduates and hopefully, a positive, lifelong engagement in learning,” says Maurie. “It was the best decision ever.”