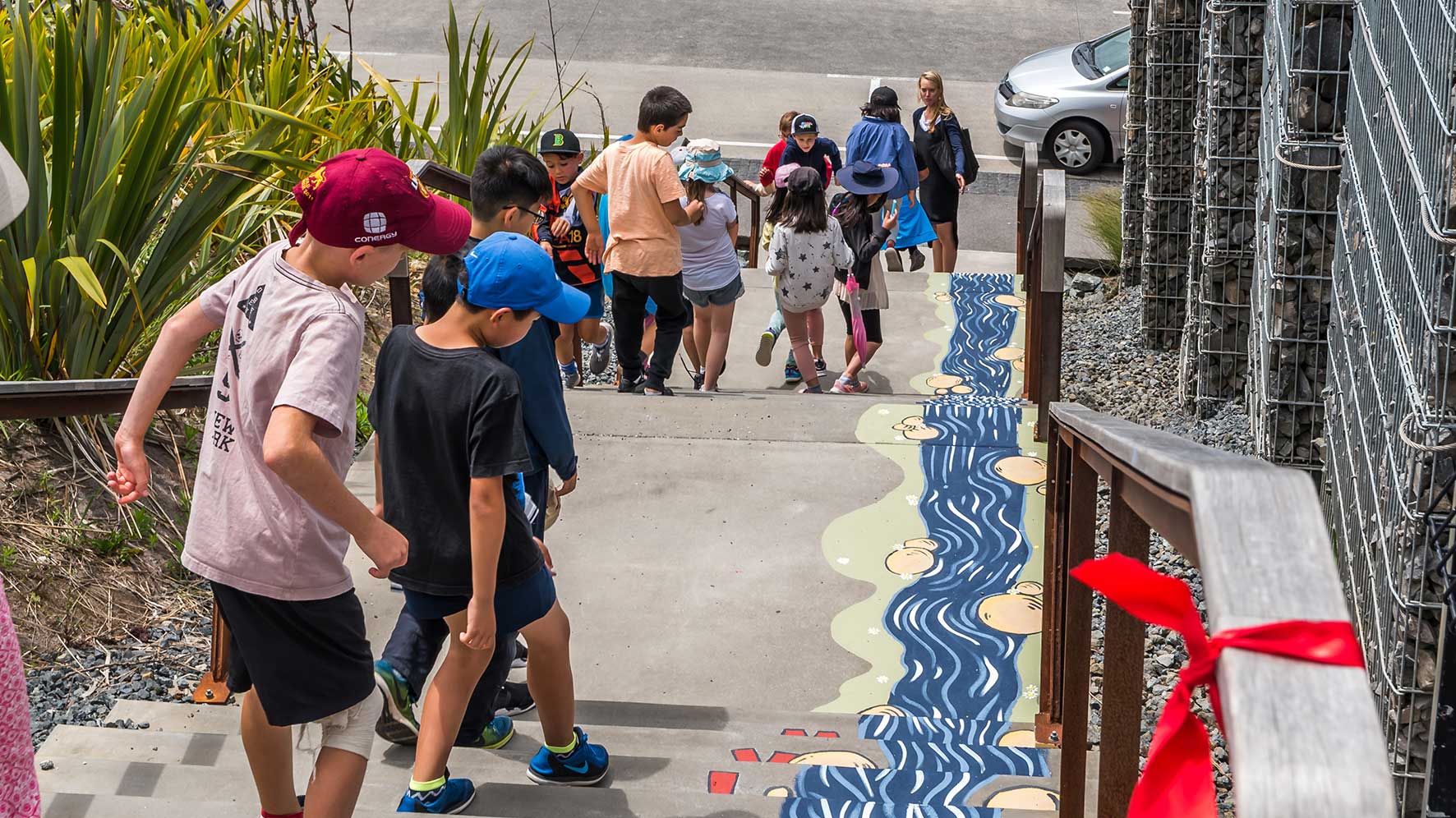 There were a couple of standout events in 2018 for Hobsonville Point Primary School, according to Principal Daniel Birch. Both involved students putting others at the centre of their projects – and doing the hard work themselves.

A group of Year 8 students raised funds to visit and bring new technology to a primary school in Fiji. Leilani, one of the HPPS students, said, “Our principal gave us the responsibility to plan it, otherwise the trip wasn’t going to happen. Plus we had to write an application to him about why we should be chosen to go and what skills we could bring to Fiji.”

As part of their trip, the students went to Malolo District School on tiny Malolo Island. “We had asked how we could support them and they really wanted some laptops,” said Leilani, “so using fundraising and sponsorship from Norcom, House of Travel and FaceUp Real Estate we were able to give them four laptops. What we learned from this experience is that we can achieve anything!”

Closer to home, you may have noticed some new public art on the Harrier Point steps. Four girls from Year 5 (aged 9-10 years) – Ashlee, Ashlin, Nicole and Alyssa were looking at ways of making a community contribution as part of a school project. They felt Hobsonville Point needed a little more colour and thought it would be fun and educational to paint letters of the alphabet down the steps, and spell out numbers in te reo Māori for young children to learn and enjoy.

Kathleen Waldock’s daughter, Ashlin, was one of them. Kathleen is the Programme Manager for “Placemaking” for HLC, so she was well placed to advise the girls on how to get permission for the project. She suggested companies they could approach for funding and sponsorship and helped them write an artist’s brief. The girls decided on artist Stu Duval, presented their plan to HLC for approval, wrote to Auckland Council for its endorsement, wrote to potential sponsors and organised a raffle. They received funding from the Hobsonville Point Residents Society, HLC, and Tristram European, and sponsorship from Resene Paints. The students ran the project themselves.

“It happened because they made it happen,” said Kathleen. “Some ideas in life remain as just ideas, some have challenges too difficult to overcome. Sometimes people come up with an idea but expect others to make it happen. But these girls were committed to it from beginning to end. It sets a fantastic example for everyone to take ownership of great ideas and make them work.”

The students named their artwork Stream of Wonder.

Hobsonville Point Primary School’s roll has risen over the last two years as the community grows – there were just 380 pupils at the end of 2017, and numbers this year could reach well over 600. Luckily the school’s great reputation has managed to attract some excellent new teachers, so they’re very well placed to keep up. And as Principal Daniel Birch says, “Even with our massive growth, we think we’ve managed to make what’s special about the school stay special.”

Find out more about Hobsonville Point Primary School at www.hobsonvillepoint.school.nz