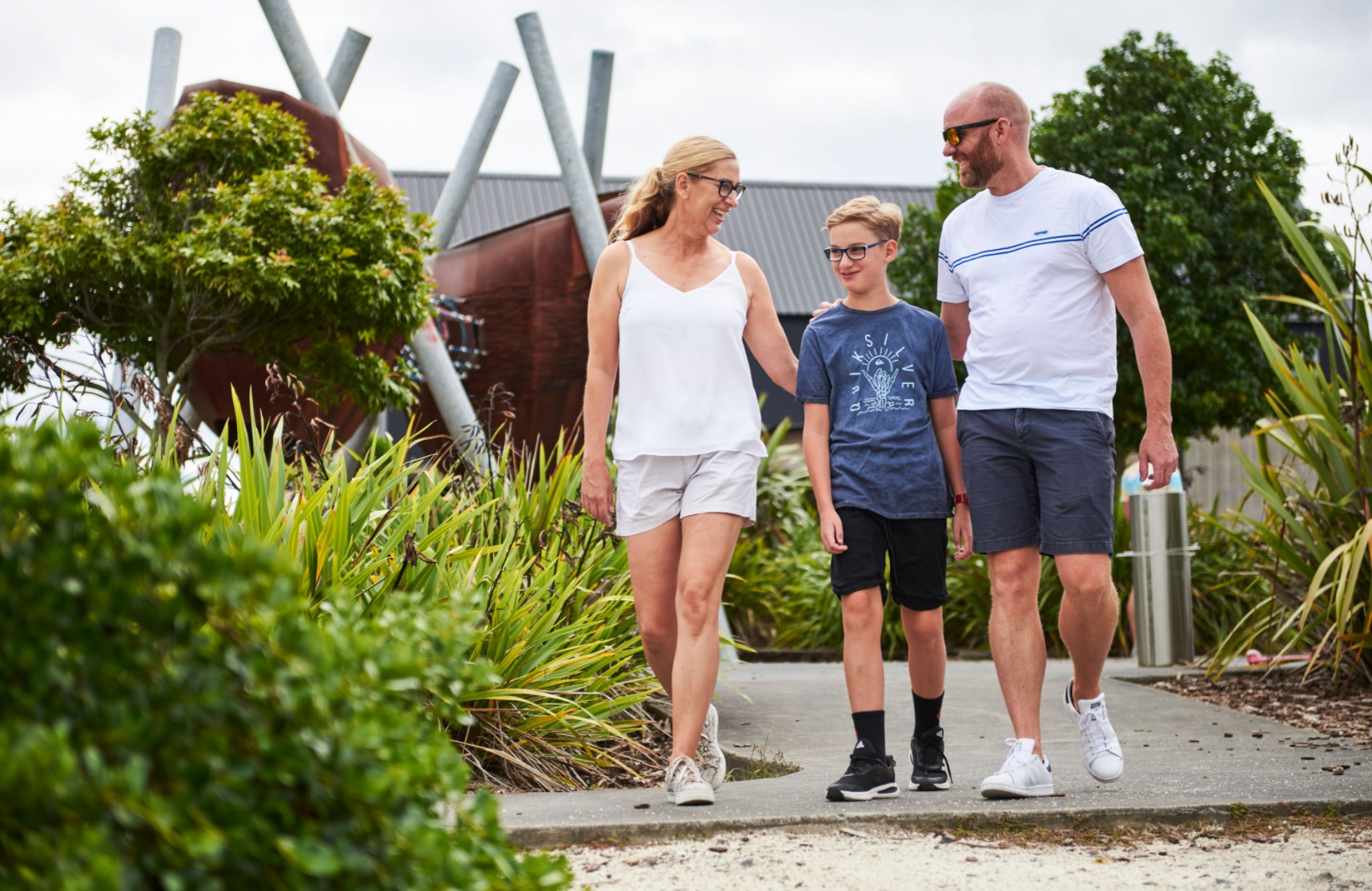 We first met Jackie, Matt and Keegan Still at their home in the Buckley neighbourhood following their move north from Canterbury. Keegan, now 10, was born in Christchurch between the major September 2010 and fatal February 2011 earthquakes.

The Stills initially rented in Te Atatu Peninsula before buying and moving to Hobsonville Point in January 2012. They’ve seen a lot of changes in the neighbourhood since then. “At the time, the closest takeaway was in Luckens Road and the closest supermarket was at Westgate,” says Jackie.

“As the population has grown, so have more amenities developed,” adds Matt. “We’re in an established place and there is more amenity than anticipated.”

The couple like dining out in Hobsonville Point – “Siamese Doll is hard to beat. Fabric has nice, contemporary meals and the Little Creatures Brewery is good for bigger crowds,” says Jackie.

Over the years, the Stills have embraced life here and enjoyed meeting great neighbours. Matt was on the Hobsonville Point Residents Society committee that helped shape local covenants and he set up the Hobsonville Point Community Facebook page. “When it got 100 people following it, we said ‘woohoo’.” The page now has over 12,000 members.

The couple also established Christmas on the Point, and hand-delivered 300-400 flyers to publicise the event. “People would turn up at the park and Jackie would do face painting and we would run power from a neighbour’s home,” Matt recalls.

After about four years the event got so big “it got to the point Coca Cola could have sponsored it,” Matt says. Now Christmas on the Point is run by Hobsonville Community Trust and is held at the Rifle Range amphitheatre.

The Stills recall when Halloween celebrations started as a small group of children in one block of homes in Buckley Avenue and “quickly turned into a community event”.

The family lives in the same house in the Buckley precinct they’ve been in since the beginning, a “warm, dry house that maximises use of space and the site”, according to Matt. He likes the rainwater tanks and solar power at many homes on the Point. “This is the way homes should be built, to have a lower impact on the environment.”

“And more and more we’re realising the benefits of not having a big section to look after,” says Jackie. “I love Christchurch and love spending time there, but there’s nothing like this down there. It’s great having things close by here. The coastal walkway was an unexpected bonus. We use it to walk to the cafés. The dairy and chemist are close – we can get away with not driving.”

These days, Keegan is barely recognisable as the toddler who appeared on the Point Life cover eight years ago. He has lots of local friends, and now as a 10-year-old, he often rides his scooter to their houses or to the playground.