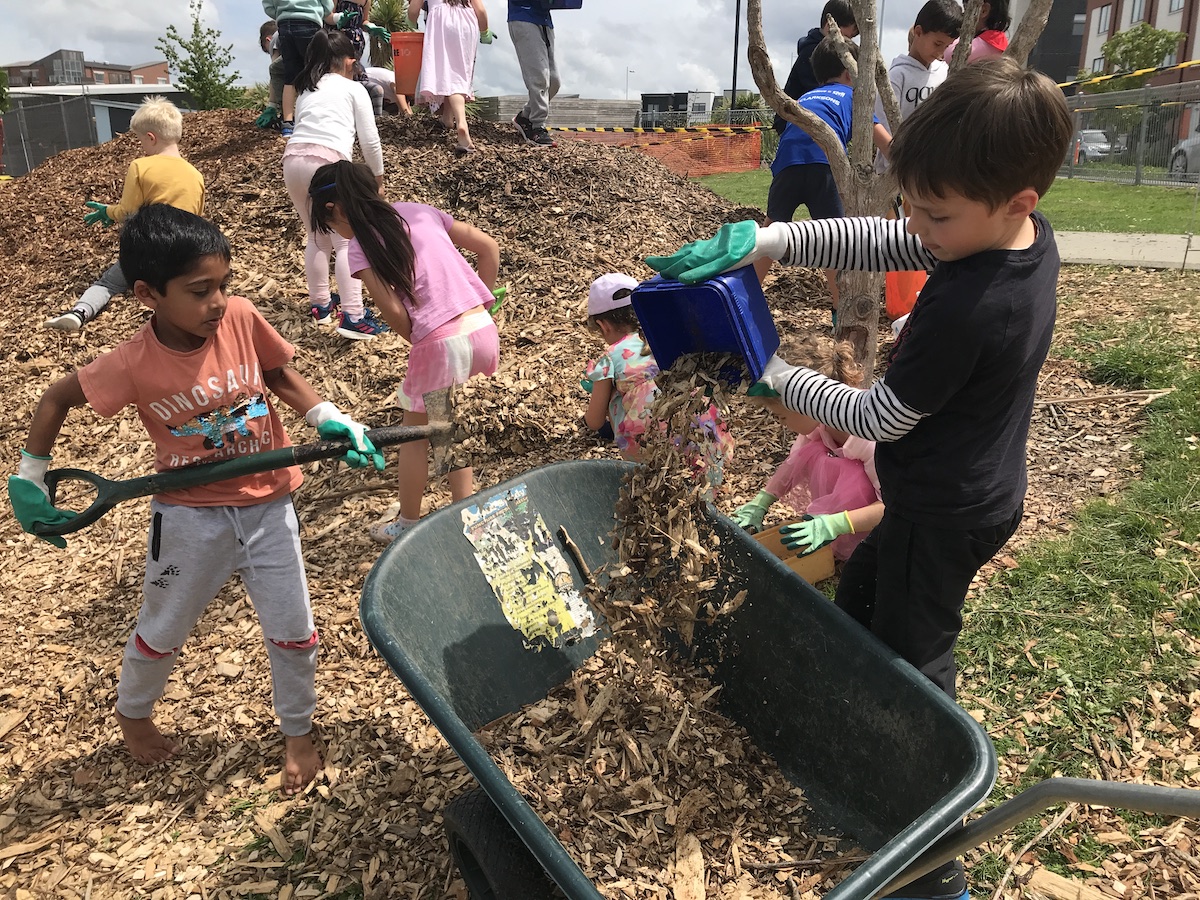 A ‘Treemendous’ outdoor learning environment is finally nearing completion at Hobsonville Point Primary School after a group of students decided in May 2019 to submit an application for a $10K grant – and won. But they’d love some help from you for one last push: planting 500 native trees.

The TREEmendous programme has been funded by the Mazda Foundation since 2008 via a contribution from the sale of each new Mazda sold in New Zealand. Ruud ‘the Bugman’ Kleinpaste is the programme’s environmental ambassador (he’ll be paying a visit to Hobsonville Point Primary School on Friday 30 October to check on progress).

It’s all about promoting environmental literacy for students and their communities, and the importance of increasing biodiversity. The TREEmendous team have worked with 49 schools all over the country, helping them plant over 37,000 trees.

The teacher in charge of the project, Trudy Brasell-Jones, says the application process was a valuable learning opportunity in itself. Trudy brought in an ecologist who told the children the school stood on the remains of an ancient puriri forest, so they decided puriri would be central to the design. They wanted to create habitats for native species such as weta, geckos and native bees too; rongoā, Māori medicinal plants, would also have a place.

They visited the Kaipatiki plant nursery, had information sessions with Auckland Council on planting and maintaining trees, and Orson Waldock, an urban designer from Kāinga Ora
showed them how to draw a landscape plan to scale and advised on paths and outdoor seating. Finally, they submitted their application – and won!

However, since that good news, there have been a number of problems and delays. First the preferred site for the garden was taken over by a couple of new prefab classrooms for the growing school, and future plans for further growth complicated things further. Their final site, on a bit of a hill, meant a re-design. Then lockdown happened…

But after all that, the project is now nearing completion. Over the September holidays, diggers and trucks moved in, gravel paths have been created, parents have volunteered to build seating, and although the project was begun by a group of nine Year 6-8 boys, the whole school has now been involved in putting down truckloads of mulch, with recycled wool and cardboard underneath to keep the weeds down. Five hundred trees and shrubs now need to be planted.

“If this planting is maintained and nurtured, it will be an amazing resource for current and future students and an beautiful space to learn about and experience nature,” says Trudy. “It’s also something positive to focus on after a bit of a rubbish year!”

This Saturday, October 31, 9am-12pm – all are welcome at HPPS to finalise this wonderful project. Please bring your own gloves and spades, as there is planting and mulching to do – a few wheelbarrows would be great too! A sausage sizzle will be provided at the end of the morning.