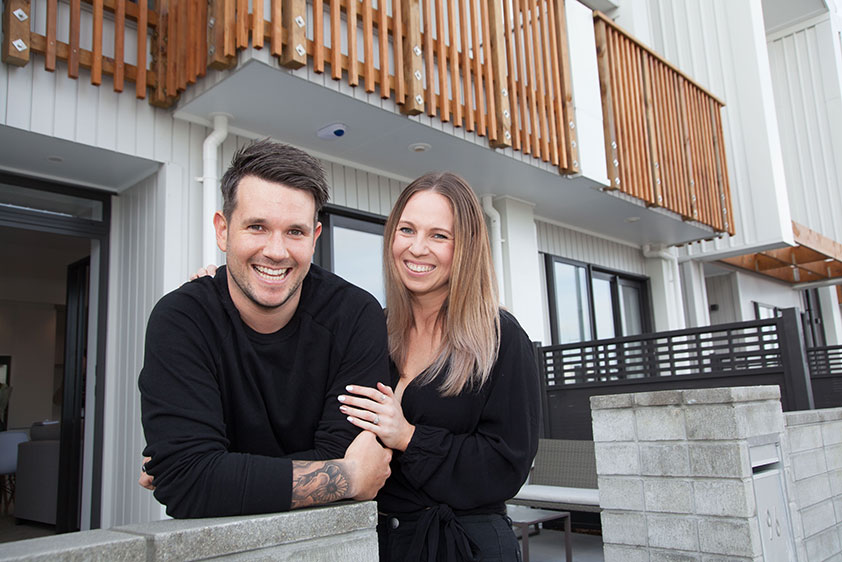 Over 1000 homes have now been completed in Hobsonville Point, with the number growing steadily each day.

The new owners of the 1000th house, Bryce and Alyssa Farrow (pictured), bought their Axis Series affordable home off the plans last year. Having lived with relatives while saving for a deposit, the couple say they feel lucky to have secured the one-bedroom, Jalcon-built home with the help of a KiwiSaver HomeStart grant.

The 1000 home milestone arrived two years earlier than initially planned and reflects the pace at which the township is progressing. More than 1600 homes have already been sold at Hobsonville Point with an average price of $730,000. Over 400 of these have been Axis Series affordable homes, sold at or below $550,000.

A further 630 homes are currently under construction and a population of around 11,000 is expected at completion in 2023.