Lockdown brings out the best in Hobsonville Point locals 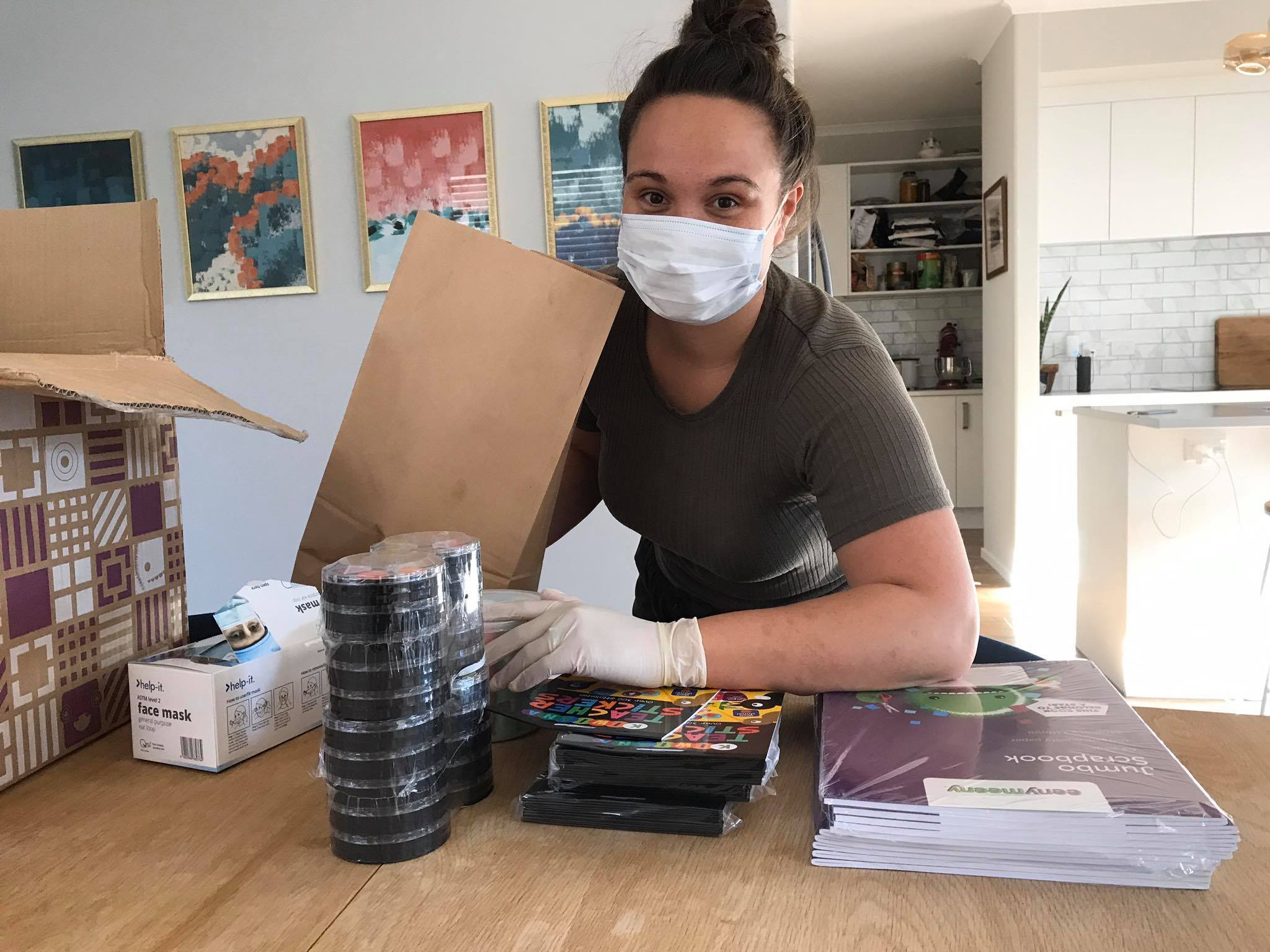 Back in February, a group of friends in Hobsonville Point got together to talk about the looming crisis of Covid-19. Although it was early days, they were deeply concerned and decided to discuss ways they could be ready for whatever was coming their way. They knew there was evidence that tight-knit, organised communities did better generally. And they knew that Hobsonville Point was perfectly placed to take advantage of this.

A driving force in the group was local Arena Williams. She and partner Max are both lawyers and hugely committed to their community. While some people may see new developments like Hobsonville Point and communities ‘by design’ as an unusual concept, Arena says there is a strong community spirit, supported by an active Residents’ Society.

“It’s different here because we’re all kind of new,” Arena says. “There’s a sense of belonging that makes reaching out to others not only possible, but important.”

It began with a post by Arena on the Hobsonville Point Community Facebook page – a shout-out to anyone in at-risk groups: the elderly, anyone with medical conditions, or living alone. Arena invited them to get in touch to be listed with the newly-formed ‘Hobsonville Point Gets Ready’ group. At the same time, the troops were rallying: volunteers who would shop for medication and food for the vulnerable, or just check in each day by phone.

It was happening all over the world. Over the last months, social media has brought people together in the best possible way to look after each other with care and kindness. But the HPGR group, together with other local businesses, went a bit further. “Fabric Café donated essential food packs and Peko Peko Japanese restaurant decided to cook all the food they had in stock instead of wasting it,” says Arena. “They made beautiful, ready-made meals so that we could provide contactless drop-offs to those in need.”

One memorable drop for Arena was to an elderly Chinese man who had no English and whose adult children were stuck in China. “We found a translator in the end who could work with him, but I realised that the simple act of handing over a meal with a smile is its own universal language. Even so, he produced a tablet and used Google translate to say to me, ‘Thank you so much, I’m very grateful’.”

The HPGR team also put together home-schooling packs and delivered them; sadly, due to overloaded couriers, they were a bit late, but got there in the end. And they undertook another very necessary task too – matching childcare to Hobsonville Point’s essential workers.

Hobsonville Point has a few families where both parents were required as essential workers during the crisis – nurses, police, even broadcasters. They needed nannies fast, but the entire city was swamped with desperate requests for childcare. However, thanks to their contacts, the group was able to match up local early childhood educators with families in the area to create mutually beneficial scenarios – helped by a bonus incentive for the nannies, donated by the Hobsonville Point Residents Society.

Arena says she’s very happy with the response from Hobsonville Point. “This has been an exercise in community empowerment on a grand scale. It’s brought out the best in us. And it won’t stop when we are back in Level 1. There are over 300 people in the area who feel we’re better now that we were before, and they want to keep that going. So we’re setting up a charitable trust as an extension of HPGR that will enable us to reach out and offer help to any members of our community who may need it.”