Italian-style food and cocktails available at the newly opened Kittyhawk 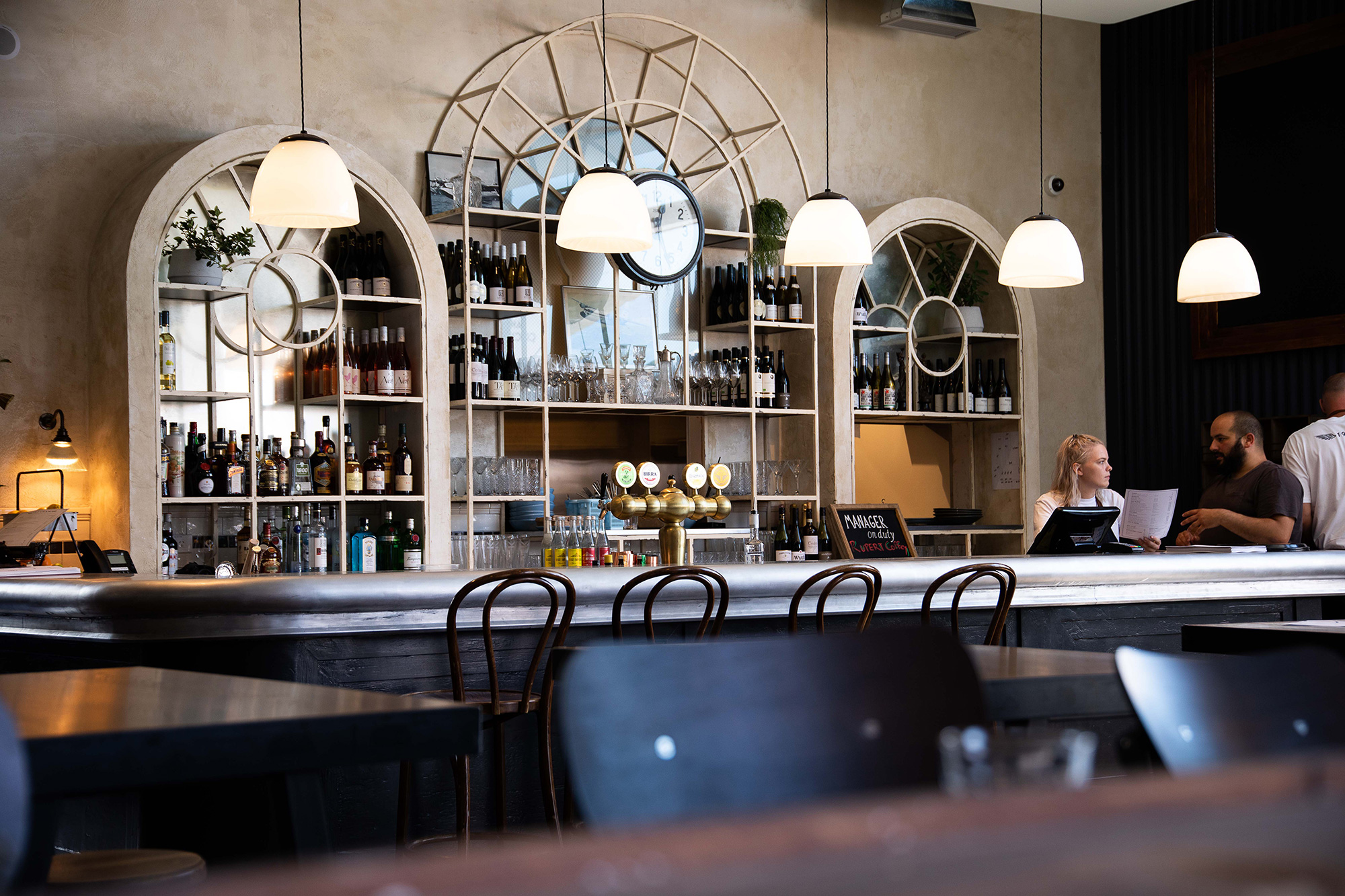 The Sunderland Hangar in Hobsonville’s Catalina Bay is a communal space serving comfort food and craft beer. Upon entering, there’s Salty’s fish and chips to the left, pizza down the back, and the Little Creatures microbrewery directly ahead. But if you turn to the right, you’ll find an entirely different experience at the new Kittyhawk eatery.

The eatery has a vintage European bistro vibe. The interior is fashioned after an Officers’ mess hall, a place where top-ranking officers would congregate to eat, drink and socialise while serving in the Air Force. The entire fit-out, from the dining booths to the light pendants, pay tribute to the wartime era of the early ’40s. Original wartime posters and black and white photos of mid-century aircraft adorn the walls. Kittyhawk was named after the first combat plane to be used in the Pacific during the Second World War.

“Kittyhawk is a tongue-in-cheek rendition of the exclusivity that characterised the Officers’ mess,” explains Venue Manager Patrick Rhodes. “It’s partly why we occupy a space that’s separate from the communal dining area. Kittyhawk is where you’d come if you were looking for something a little bit refined.”

Kittyhawk’s menu “pushes the boundaries” of traditional Italian-style fare, taking inspiration from French and Spanish cuisine here and there.

“Our menu is best described as ‘refined dining’, but it never strays too far from the no-fuss lifestyle that characterises the Hobsonville Point community.”

The brunch menu has a range of options, including toasted granola and free-range eggs served on toasted quinoa sourdough. There’s some more eclectic Italian offerings too, like the parmesan and herb gnocchi served with Tuscan black cabbage, broad beans, and kale and almond pesto.

Particular attention has been given to the drinks menu. The cocktail list celebrates the streets of Turin in Italy, where 18th-century vermouth culture rose to popularity in the ’40s. Cocktails include ‘The Real Kitty’ (Martini Bianco, Rose, Strawberry Liqueur with a hint of basil and lemon) and the ever-popular ‘Wake Up Captain’ (Martini Rosso, Grey Goose vodka, espresso, cacao and raspberry).

“We’ve taken an ‘under the radar’ approach since we opened so that we can develop and refine our menu on a day-to-day basis. The beverage offering continues to evolve too. We are sourcing and unearthing little gems of vermouth and Amaro among others, to maintain Kittyhawk’s distinct character and ensure we're giving our customers a unique experience.”

Patrick has worked in the New Zealand hospitality industry for twelve years, including managerial stints at The Grounds by Ben Bayly, Hip Group, Nazar, Clooney and Hotel De Brett, to name a few.

“Having worked in various new hospitality businesses across Auckland, Hobsonville Point has offered the warmest welcome. People are so willing to embrace the new guy. There is a real sense of youthfulness and adventure in this community. We’re really proud to be a part of that.”

Kittyhawk is open seven days a week, 8am until late.