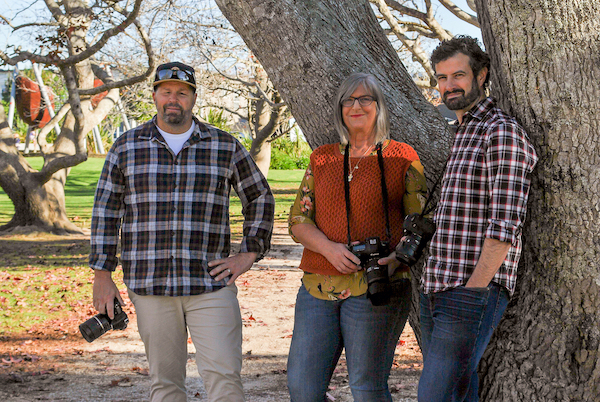 Greg Torchia is well-known to most Hobsonville Point locals. Not only does he run the waterfront Catalina Bay Farmers Market, he’s also a very talented photographer.

During lockdown, Greg stumbled upon an article about a global project that was the result of a ‘coffee moment’ between two photographers in Massachusetts. Called ‘The Front Steps Project’, it’s an opportunity for families to have a photographic memoir of the weeks they spent at home together in their bubble, while donating to a charity for the privilege. Greg thought, “I could do that.” He ran it past a few of his local friends who responded with a resounding, “We’re in!”

“I knew it would work here because it’s a very inclusive and supportive community,” says Greg. “We put the word out via the Hobsonville Point Community Facebook page, and initially only got a small response. But once some of those families posted their pictures on the same page, it took off!”

The idea was for Greg or one of his team of photographers (Leanne Silver, Paul Smith, Kay Mathewson and Gary Ashton) to pop round and take great photos of families on their front doorsteps in whatever outfits and poses they wanted (from a safe social distance!).

The families make a donation on a Givealittle page, which Greg passed on to the Salvation Army’s ‘Give a Bundle’ project, which donates packs of essentials to families in need. In return, they receive a high-resolution digital copy of the photo. Feedback from the community has been overwhelmingly positive, with many saying they feel a sense of connection from seeing the smiling faces of their neighbours online.

“To date we’ve photographed nearly 60 families, and have now tipped the $2,000 mark – and there’s more on the way” says Greg. “It’s been a fantastic way to raise some funds for a good cause, while getting us photographers out of the house and catching up safely with locals.”

Check out some beautiful Hobsonville Point bubbles on our Facebook page here.

Note: It’s not too late to get your Front Steps photo! Contact Greg on thefrontstepsprojectnz@gmail.com. Or if you’d like to donate directly to the Salvation Army’s Give a Bundle project, click here.