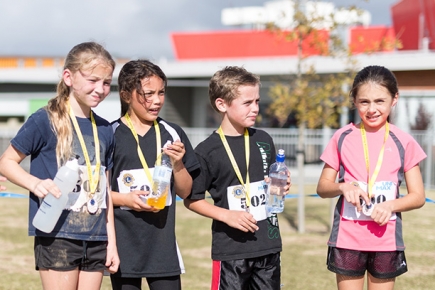 Held on May 17, the event gave participants the opportunity to walk or run 3, 5 or 10km as individuals or teams for $20 per person. Organisers, the Henderson Lions Club, will now distribute the money raised from entry fees to local community groups.

Runway Challenge Committee Secretary, Shelley Robb, says the 2015 Challenge was a huge success attracting entrants from as far afield as South Auckland and a huge team from St Heliers.

“Several people told us that it was one of the best courses they’d run for a while. We’re still finalizing the numbers but we know the entries were up about 20% from the year before. In 2014 we gave away over $6000 and I think we’ll be giving away even more this year. The community should be really happy with that result.”

There have already been two winners. The day’s $500 spot prizes went to the Waitakere Special Olympic team, which is putting it towards their athletes’ travel fund, and the Waimauku Primary School team, which is gathering funds for a new playground.