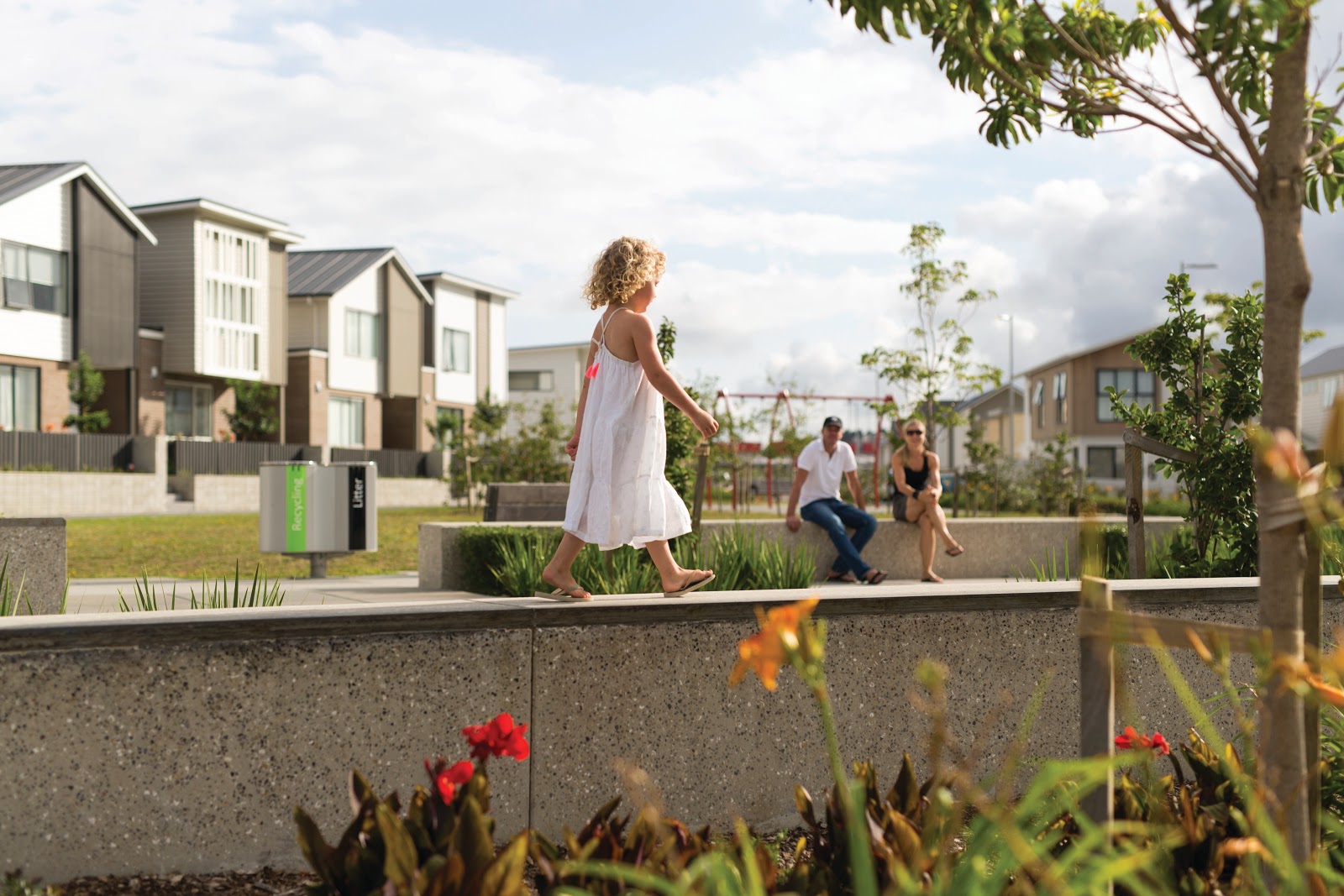 Hobsonville Point is emerging as a positive example of how higher density housing can strengthen communities and enhance liveability.

It’s the subject of a ‘Building Better Homes, Towns and Cities’ study led by Professor Errol Haarhoff. The project is one of eleven National Science Challenges funded by the Ministry of Business, Innovation and Enterprise.

Researchers are currently analysing a questionnaire survey, which is revealing positive sentiment among residents.

"There is a very strong appreciation of the large investments made in quality parks and public amenities," reports Professor Haarhoff.

Results also show that over 60% over children walk or bike to local schools, more than double the national average.

In addition to the residents’ survey, the research team is conducting an analysis of topics of conversation on a closed resident Facebook page.

"The most frequent topics relate to what we see as community interactions. These need to be probed further, but it begins to suggest that beyond the construction of houses, there is an emerging a sense of community," says Professor Haarhoff.

Hobsonville Point is unusual in that it was founded on a principle of higher density living from the outset. Development agency HLC has taken a deliberate ‘amenity-first’ approach, beginning with the provision of a cafe and Farmers Market before the first homes were even built.

Professor Haarhoff says this is key to a successful higher density suburb: "What these findings demonstrate is that people are prepared to live at higher density if the neighbourhood offers a rich array of amenities, such as parks, playgrounds, cafes, and so on. This compensates for the loss of a backyard and is replaced by well designed and safe and public spaces that have a high degree of walkability."

And for some background into New Zealand’s changing attitudes to density, see this SlideShare by HLC’s Mark Fraser: Auckland’s surprising about-face on density