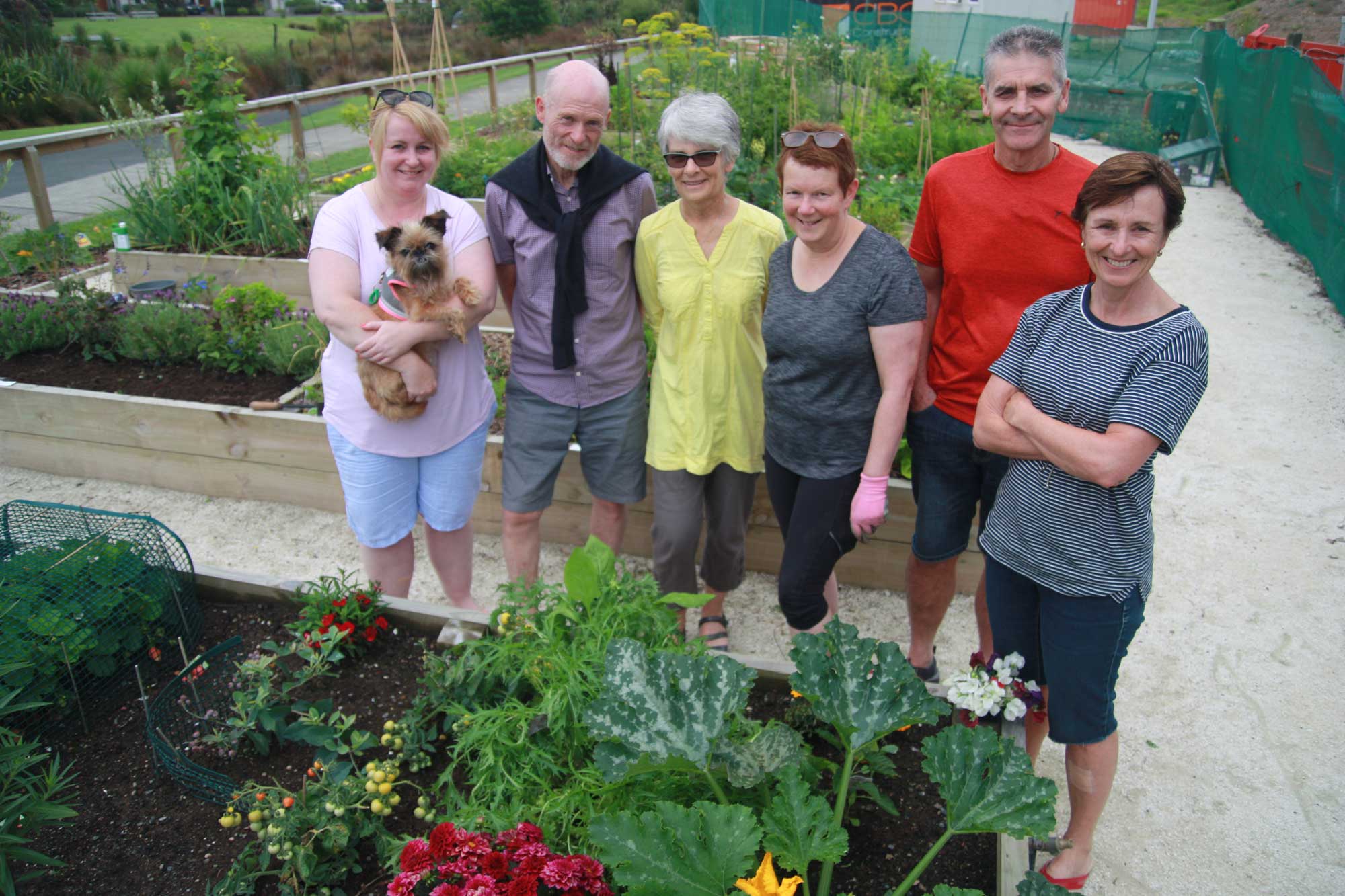 The Catalina Community Garden, now six years old, has recently moved to a new and permanent site with better infrastructure. The 29 raised garden beds opposite Hobsonville Point Park are bursting with lush vegetables, berries and flowers and the gardeners are now harvesting the fruits of their labours, as well as hatching plans for future growth.

Rona Taylor-Smith, one of the initial developers of the garden says that the group works a bit differently to many community gardens.

“Rather than have everyone work on the same large garden and share the proceeds, this is a combination of both community plots and those allocated to individuals, families or groups.”

Allotment holders contribute $65 a year to help pay for fertiliser, equipment and water rates. Excess produce is put out on a stand from which the local community can help themselves. Most plot holders tend to go for a classic mix of vegetables: lettuce, spinach, kale, rocket, beetroot, carrots, tomatoes, peas, beans. Strawberries and blueberries are popular, too. But one gardener is filling her bed entirely with flowers.

“This is not just for looks,” says Rona, “pollination is very important here and bees are key!”

The garden’s original site near the Catalina café had long been earmarked for housing development, so a group which included two of the original gardeners, Mick and Jeanne, Kathleen Waldock (HLC’s ‘Placemaker’), the Hobsonville Point Residents’ Society and the council worked together to find a new home for the garden. Rona is full of praise for Kathleen’s dedication to the cause. “I don’t think we’d ever have got there without her.”

Talks began with the developers of the Waterford retirement village back in 2013. There are plans to increase the piece of council-owned parkland the garden now occupies in size once the developers have finished using part of it as access to their building site. Waterford compensated for this by building all the raised beds and setting up irrigation, paths and drainage. Rona points out the taps on the end of each bed.

“It’s an amazing setup,” she says. “We couldn’t believe it. We are all so grateful – particularly to Joan Vujcich of the Waterford team, who worked closely with us on the design. These gardens are enormously important because many people here have downsized and given up land they loved.” Rona counts herself among them. “We love having somewhere we can get our hands in the dirt again, grow some of our own produce, socialise, learn new techniques or pass on knowledge, get some exercise outside and have some fun.”

She points out the big wooden compost bins, also built by Waterford. Philippa Beagley from The Compost Collective got the compost up and running.

“Pip ran a couple of workshops for us; she was hugely informative and it really got us off on the right track.”

All food scraps brought by the gardeners are properly layered with garden waste to eventually create barrow loads of rich, dark compost which is dug back into the gardens. The excess produce that grows in this fertile mix is placed in the little wooden stand out the front of the gardens.

“We’ve planted fruit trees, passionfruit vines, pumpkins, blueberries, zucchini and more along the borders, which Hobsonville Point residents are welcome to enjoy,” says Rona. “Most of the produce from here will go straight into the stand, and the herbs at the front of the garden are also free for anyone to use.”

All of this, however, is only stage one. Ideas for stage two include extending the garden and putting in a shaded barbecue and seating area. There’s also talk of developing gardens with the students of the two local schools.

“But there’ll be some new gardeners by then,” smiles Rona, “and no doubt many more great ideas.”